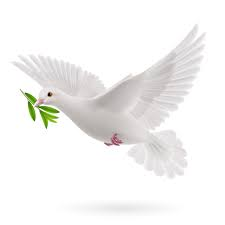 JABBATEH : FACE TO FACE WITH JUSTICE

The Global Pursuit of Justice will continue Unabated

TODAY, we join human rights defenders and enthusiastic justice advocates everywhere in welcoming the historic conviction of former Liberian, ULIMO – K warlord infamously known by the name “JUNGLE JABBAH” in a US Philadelphia Court on account of his role and participation in war crimes related atrocities from murder to torture, sexual slavery, cannibalism, rape, revealing the barbaric horhors of the Liberian civil war endued by countless of its unarmed and defenseless victims.

THIS trial signals that the wheels of justice will not stop rolling until victim’s justice becomes a living reality in Liberia. We extol the heroic efforts of the US Government and prosecutors who assembled bundles of credible evidence and witnesses victimized by the convicted perpetrator and his war machine.

We also extend appreciation to other advocates and Governments in Europe who share the aspirations of the Liberian people for justice for the horrendous crimes against humanity committed against the people of Liberia by numerous heartless perpetrators, yet to face justice. Lasting peace is never guaranteed for Liberians if justice is made an  elusive  aspiration. We are praying that Jabbateh receives the maximum sentence of 30 years.

We encourage the courageous International Community to remain engaged with justice advocacy in Liberia, emphasizing that the poor and hurting people of Liberia have been waiting just too long for justice as the many ring leaders and reknowned perpetrators benefit from the atmosphere of impunity in Liberia and are now amassing illegal wealth, with which they hope to continue shielding themselves from justice and destabilize the fragile state if a future government of their liking is not surrogated to power – continued impunity is therefore, a threat to lasting peace and security in Liberia!

Justice is Sure – Everyone will face justice!

Our efforts to bring justice to War and Economic Crimes perpetrators have yielded much fruits and will continue. Already, several Liberian perpetrators around the world are awaiting trials for several egregious crimes they are alleged to have committed in the past. Already, an ally of Former President Charles Taylor also with ties to RUF in the “blood diamond” trade, during the Sierra Leonean war (Michel Desaedeleer) of American and Belgian nationalities has died in Belgian Custody while awaiting his trial.

The New Government In Liberia

Speaking onbehalf of all human rights and justice advocates around the world we expect that:

The new government in Liberia will compliment global human rights and justice advocacy efforts by:

1.Adopting progressive human rights and anticorruption policies by firstly incorporating a plan for the full and comprehensive implementation of all the recommendations of the TRC of Liberia;

This quotation of Jane Addams as our motto, embodies our mission, beliefs and philosophy: “ True peace is not merely the absence of war, it is the presence of justice”.

We are a nongovernmental organization organized last July to continue and buttress peace advocacy for justice in Liberia and combat contemporaneous human rights issues (for example, pretrial detention, pervasive poverty, economic crimes, education) in Liberia as a major focus to ensure that other war and economic crimes perpetrators come face to face with the justice they deserve.

ISSUED FOR IMMEDIATE RELEASE ON THIS 19TH DAY OF OCTOBER A.D.2017

THE REAL MACHIAVELLI OF LIBERIAN POLITICS