Washington, DC – Several western lawmakers and politicians are paying keen attention to developments in Liberia, a natural-resource rich West African nation with a struggling past and troubling present.

The lawmaker who preferred to comment on condition of anonymity indicated that watching and reading what is happening in Liberia with the flagrant abuse of power and the generosity of a people, it appears as if US tax payers are wasting resources to support efforts in the country under the pretext of development aid when we are feeding corruption, he said.

The lawmaker was reacting to latest allegations and reports of financial impropriety and corruption by officials of the Liberian administration headed by President Ellen Johnson Sirleaf.

“The president cannot tell anyone that she is unaware of these things,” he continued. “She is just doesn’t care, it would seem.”

Several Liberian officials and the well-connected in the country have embezzled and enriched themselves with public funds.  Some have used the Liberian people’s money to invest millions of dollars in other nations while the country has no clean and safe drinking water, reliable power supply and good roads.

The U.S. lawmaker said the Liberian treasury has not only been poorly managed; it had also been headed by managers who lack basic understanding of fiscal policies and managerial competence.

“It seems,” he asserted, “their role was to get rich quick and supply whoever give them an undue power and authority.”

The lawmaker said he believes the United States should not fund corrupt and arrogant administrations throughout the world and Liberia should be no exception.

“Leaders,” he said, “should serve as guardians, protectors and subjects of their people, ensuring that their basic needs are met rather than their own personal and selfish aggrandizement.”

The U.S. lawmaker said, “President Sirleaf does not really impress many in the international community and in the west despite the pretense and camouflage with which she is presented on the world stage.”

He continued, “one cannot be a good leader when he or she projects an image outside and then back home there is no substance. That is not a realistic and honest leadership.”

The current Liberian administration is noted for nourishing corruption and choosing which alleged corruption cases to pursue for political payback and convenience.

Millions of dollars have been siphoned out of the country and, several institutions including the National Oil Company (NOCOL) have become desolate while major infrastructural projects have fallen on cracks due to widespread public theft and pay-to-play schemes. 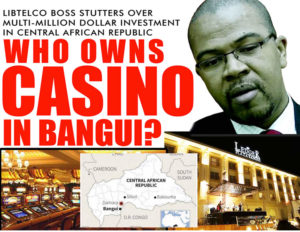 In addition, bureaucrats, and political appointees with ties to the presidency are recycled from one agency to the next despite previous improprieties.   Others are promoted to higher political assignments and yet given severance pay or retirement packages estimated at thousands of dollars in a nation where children don’t have proper means to education, where healthcare is inaccessible and recession is looming.

The lawmaker said, he believes that the incoming President Trump’s administration should scrutinize the relevance of foreign aid to Liberia unless the theft of public funds is halted. The lawmaker said, “I will ask that the Liberian leader exercise humility and feel the pains of her people by changing course.”  The country he said is miserable and condition there is sad.

Liberia, Nigeria, and Sierra Leone Among The 10 Worst Health Care Systems in The World