Even France could not give both Arsene Wenger and Claude LeRoy its least honor for their contribution to football in France.

The 68-year-old Frenchman Arsene Wenger will be inducted into the Order of Distinction with the title of Knight Grand Commander of the Humane Order of African Redemption – The Highest Honor. The 70-year-old Coach Claude Marie Le Roy who currently manages the Togo National Football Team will also be decorated with the Country’s highest honor. 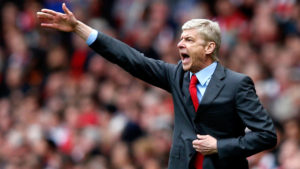 Such national accolade to be received by President Weah’s former coaches is not only unmerited but inappropriate and it diminishes the morale and significance of the nation’s highest honor. There are dozens of reasons to justify why Arsene Wenger and Claude LeRoy do not deserve Liberia’s Highest Honor. Bear with me as I justify my reasons.

1. The Humane Order of African Redemption (Knight Grand Commander): This is the nation’s highest honor and it is given on the basis of merit, and not friendship, sportsmanship, connection or personal relationship.

History of the Humane Order of African Redemption

The Humane Order of African Redemption which was founded on January 13, 1879, under President Anthony W. Gardiner can only be awarded to people who have made a contribution to and/or impact in three distinct areas or parameters:

a. Humanitarian work in Liberia

b. The emancipation of African Americans

c. The pursuit of equal rights and acts supporting and assisting Liberia.

This Human Order of African Redemption has three grades or levels, namely: Grand Commander, Knight Commander, and Officer. The highest honor of 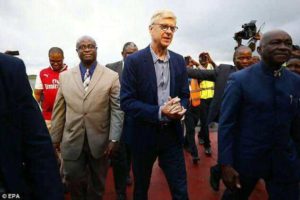 these three grades is Grand Commander which is delegated to the Liberian Presidency only. Since 1879, no President has conferred this title (Grand Commander) on anyone. President Weah will be the first to do so.

By bestowing this honor upon anyone, the President as Presiding Officer (Grand Commander/Master) of the Human Order of African Redemption shares his authority with the awardee or conferee. President Ellen Johnson-Sirleaf never conferred such title on anyone all through her 12 years rule (2006 – 2018).

Even President Anthony W. Gardiner who founded the Humane Order of African Redemption in 1879 could not confer the title of “Grand Master or Commander” upon anyone. Under his presidency, only George Thomas Reffell was given the title of Knight Commander of the Humane Order of African Redemption, which is the second grade/level.

All these two French Coaches have done is to contribute to the personal success/achievement of President George M. Weah in the arena of football

The Grand Commander is the most venerable title that President George Weah currently enjoys as Head of State like all former Liberian Heads of State have enjoyed. So, why share this presidential honor or title of knighthood with two foreign football coaches simply because they contributed to your football career? Such action to bestow the nation’s highest honor upon these foreign coaches is not only a bad precedent, but it relegates the prestige of the Liberian Presidency.

These are few questions to ponder over:

a. Have Arsene Wenger and Claude LeRoy made any humanitarian intervention in Liberia?

b. Have they contributed to the emancipation of African Americans?

c. Do they have any record of pursuing equal rights and directly assisting Liberia?

All these two French Coaches have done is to contribute to the personal success/achievement of President George M. Weah in the arena of football. They haven’t contributed to the collective success of even the National Football Team of Liberia.

Liberia has never been qualified even for FIFA World Cup since 1930. The Lone Star has only qualified for the Africa Cup of Nations twice (1996 and 2002). So, how have these two foreign coaches directly contributed to Liberia? They have never even coached the Liberian National Football Team before neither have they even sent a set of jersey for the Lone Star.

Up-to-date, Liberia is 158 Out of 206 Countries on FIFA World Ranking, August 2018. Even Tahiti is topping Liberia in terms of ranking. Even though President Weah brought pride to Africa, but has any African Nation ever given him its highest accolade, least to mention Countries in the West?

It was ex-President Obasanjo who ordered the first troop of Nigerian Peacekeepers to restore peace and stability in Liberia in 2003. Furthermore, Liberia under his presidency hugely benefitted from assistance in agriculture, youth development, and capacity building.

Even with this huge contribution, President Sirleaf could not decorate him with the highest Grade of Grand Commander or Grand Master. Instead, he was given the Grade of Grand Cordon. The Grand Master/Commander of the Orders of Distinction is reserved for the Liberian Presidency. Why must President Weah share this honor with two football managers, Arsene Wenger and Claude LeRoy?

There are few international coaches who have earned accolades of distinction, but those awards were never the highest honor or grade. The Queen of England on her 53rd Birth Anniversary conferred upon Sir. Alex Ferguson of Manchester United the title of Commander of the Most Excellent Order of the British Empire (CBE).

The Commander of the British Empire is the third grade or honor in the UK. These are the following grades or classes of the order of distinction in the UK:

3.      Commander of the Most Excellent Order of the British Empire (CBE)

4.      Officer of the Most Excellent Order of the British Empire (OBE)

5.      Member of the Most Excellent Order of the British Empire (MBE).

Above these grades, the title of Grand Commander or Grand Master belongs to the Royal Family (Queen Elizabeth II. and her family only). Queen Elizabeth II. could not even confer upon Sir. Alex Ferguson the title of GBE or KBE, least to mention Grand Master, even though Ferguson contributed immensely to the United Kingdom in terms of sports (football).

Why is President Weah not honoring his former coaches from Mighty Barrolle, Invincible Eleven, and Africa Sports?

The argument of those on the other side is that Arsene Wenger and Claude LeRoy should be honored because they are the backbone of the global success (World Best) President George M. Weah achieved in his football career.

Before President Weah could move to Tonnerre Yaoundé of Cameroon in 1987 as a result of the discovery of Coach Claude Marie LeRoy and subsequently to Monaco by Coach Arsene Wenger in 1988, his talent was spotted and harnessed by local football clubs and coaches, namely: Mighty Barrolle (1985 – 1986), 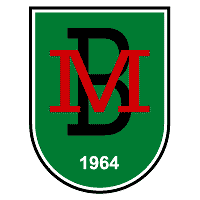 Why is President Weah not honoring his former coaches from Mighty Barrolle, Invincible Eleven, and Africa Sports? Without them, Claude LeRoy and Arsene Wenger wouldn’t have discovered the diamond in him as a skillful footballer who could later conquer the world.

Beyond these reasons and many others, Arsene Wenger and Claude LeRoy do not deserve the highest honor of Liberia (Grand Commander). They do not even merit the titles of Knight Commander or Officer because they do not fit in these parameters considering the true essence of these awards.

Why is President Weah not honoring Frank Jericho Nagbe, Joseph Sayon, Kadalah Kromah, Thomas Kojo, Kaetu Smith, and James Debbah? Don’t these local coaches deserve honor too? If President Weah wants to appreciate his two former coaches, there are a lot of ways to appreciate them. He could build and name a stadium, a school, a street, a hospital, a monument or a public facility in their honor. Or even host a national football match in their honor.

Therefore, I call on President George M. Weah to rescind his decision. The title of Grand Commander belongs to the Liberian President and it must not be shared with anyone, least to mention football coaches. THE TRUTH WILL ALWAYS TRIUMPH.