A Speech Delivered in observance of the Day of the African Child
ELWA Compound, Montserrado County

With immense pleasure and honor, I am glad to be with all of you to celebrate the resilience of the African children worldwide. On this 26th anniversary of the Day of the African Child, we have assembled once more on this ELWA compound to reaffirm our unhindered commitment to protect the rights and welfare of every child in Africa and Liberia. In memory of this historic occasion, we have come to pay homage to Liberian children and renew our promise once made to them.

On this note, I would like to extend my earnest gratitude to One Goal Foundation International through its Executive Director Ms. Abigail Duwor for inviting me to this program as Guest Speaker. With this privileged duty bestowed upon me, I am certain to discharge my thoughts on some scaring realities confronting Liberian children and how we can together find concrete solution to these prevailing challenges.

I bring you thoughtful greetings from my family, my party (Student Unification Party), conscious students of the University of Liberia where I currently study Economics and the masses of our people, especially those from slum communities. Before going any further, I would like to applaud ONE GOAL Foundation International for its continuous effort in advancing the ultimate interest of children in Liberia and Africa even during these very difficult times. Since this day is about honoring the courage of African children, I have brought along with me my little sister, Fahnie S. Kollie, who is also a child and will be turning 18 this November.

Distinguished ladies and gentlemen, I do not intend to narrate the entire history of the Day of the African Child, but permit me to reflect on this day briefly as we go along. On June 16, 1976, exactly 41 years ago in Soweto, South Africa, there was a mass gathering of approximately 10,000 black school children protesting against the poor quality of education and demanding that they be taught in their local languages (Swahili, Zulu, Tsonga, Tswana, Venda, Xhosa, and Afrikaans)

Even though these black children chose to march in demand of their rights being trampled upon by an anti-black establishment, but hundreds of them were killed with more than a thousand injured. Notable among those killed was Hector Pieterson. They fought a good fight. Yes, they did! Let us observe a moment of silence in loving memory of these fallen African children who sacrificed themselves to create the flexible space other African children now have.

But even after this horrible nightmare in Soweto in 1976, is there a child-friendly space? Is there quality, free, and compulsory education for all children in Africa? Even after 41 years of this brutal action against peaceful black students, can this black continent boast of a fair system where every child’s interest is an imperative? Even after 41 years, are governments in Africa doing more to protect vulnerable African children? Has the gap between the privileged few and the mass poor been bridged? Where are those promises made to African children by local and international stakeholders?

Are those promises still alive or are they dead? Is the 1989 Convention on the Rights of the Child still alive or is it dead? Are provisions within the 1990 African Charter on the Rights and Welfare of the Child still active? Or has the 2011 Children Law of Liberia gone in coma? Where does the hope of the African children lie? Are there equal opportunities for our boys and girls in Africa, of which Liberia is of no exception?

I have chosen to ask these basic questions after 41 years in order for us to mirror our challenges as a continent and a nation. Again I ask, are our children better off than before? Are they better off than 41 years ago? Few of them are while most of them are not. And this is the misfortune of our country and continent. If we truly believe in ourselves and care about the children of this great nation and continent, we have a choice to make. Either we stand up for the majority of our children that remain in obscurity and poverty or we choose to continuously protect the interest of the privileged few.

Today in Africa, nearly 30 million African children are out of school according to UNESCO. Today, Liberia has the highest number of children missing out of primary school while nearly two-third of its children has never stepped in a classroom before according to the United Nations. 62% of Liberian children are missing out of primary school according to UNICEF. This is the misfortune of our country and continent. This is the miserable reality that all of us must confront and find concrete answer to. The question now is “How can we translate this sad headline into a narrative worth engraving in our national archive?”

The story of Liberian children can change, not just through mere speeches and rhetoric, but through genuine words and realistic action. Achieving this dream of Liberian and African children may seem difficult to some of you, but it is not impossible at all to some of us. YES, I believe so and we must all clinch ourselves to this patriotic syndrome of a NEW AFRICA AND A NEW LIBERIA that protects every child regardless of tribe, religion, status and affiliation. We must treat all children with respect and utmost dignity if we truly aspire a new path as a nation.

Distinguished ladies and gentlemen, even while I was on my way to this program, I was again traumatized, but not surprised by the number of Liberian children selling in Red Light under this heavy downpour of rain while school is in session. Today, most Liberian children have become bread winners for their parents and guardians. A sad and entrenched narrative that continues to undermine the future of our country. We need no other survey report to inform our intelligence that the children of Africa and Liberia are in turmoil as a result of bad governance and the lack of political will. We need no other survey report to inform us that rape and child labor are on the increase in our country as a result of the poor implementation of child rights policies.

Does anyone need to tell you or me that force marriage, teenage pregnancy, infant mortality, child prostitution, sex trafficking, kidnapping, child pornography and neglect are still visible in Liberia and Africa? I hope not, because these harsh realities have even become a custom in our society. Therefore, I have come for us to reason on the theme “Bridging the Gap and Going Beyond Rhetoric to Protect Liberian Children”.

Ms. Executive Director and Members of the Governing Board of One Goal Foundation International, while commuting between Red Light and ELWA, I saw dozens of Liberian children selling cold water, chewing gums, biscuits, plastic bags, candies, etc. Even on this 26th anniversary of the Day of the African Child, these struggling kids have no time to rest and smile, because they have to hustle just to survive. All through the year, they have no opportunity to sit in a classroom. Some of them might not even see the door of a classroom until they die. This is a tragic era in our generation that we must put an end to. We must bridge this gap by going beyond words.

The appalling condition of Liberian children from Montserrado to Maryland is a national emergency, and any attempt to overlook this emergency, Liberia stands to risk a lot. The government in concert with its partners must do all they can to sustainably address the mountaineering challenges confronting Liberian children. From Bong to Bassa, we are yet to find solution. From Rivercess to RiverGee, nothing seems to be changing. From Gbarpolu to Grand Kru, the livelihood of Liberian children remains appalling. Across every stratum or sphere of our nation, the future of Liberian children seems bleak. What are we waiting for to alter this dehumanizing and shameful narrative?

Distinguished ladies and gentlemen, it will interest you to know that in a period of one year, particularly in 2014, Liberia had a total of 554 rape cases. Recently, the Ministry of Gender Children and Social Protection reported that about 731 children were raped and sexually abused between January and March 2016. Aren’t these provoking figures enough to command our collective action in finding rapid and lasting solution? Of course, they are!! The rate of teenage pregnancy in Liberia is at 38% according to UNFPA. Liberian girls below the age of 17 years are found in night clubs prostituting themselves, least to mention smoking, alcohol and drug abuse. We must break the cycle of rape and teenage pregnancy. We must break the barrier of violence against children. It is possible for us to promote the safety and enhance the overall welfare of Liberian children in our lifetime.

Distinguished ladies and gentlemen, I want to recommend to our government the passage into law of a National Child Welfare and Development Program (NCWDP). Under this system, at least each Liberian child will benefit from a quarterly or monthly assistance package (cash, books for school, food, etc.). I would also like to recommend the establishment of a functional Taskforce on Child’s Rights and Welfare (TCRW) at national, county and district levels. We cannot settle down for anything less. It is about Liberian children – it is about our future, our fortune, our fortress, our fountain and our hope!

These children are not only our future, but they are also our fortune. We must invest in them now in order to harvest tomorrow. Let our national motto be as of now ‘Invest to Harvest’. There can be no harvest without investment. Each one of us must take an action to rescue a child’s dream from dying. Reach out to redeem a Liberian child who is suffering from trauma as a result of neglect. The parents and families have a leading role to play. The communities, religious bodies, academic and vocational institutions must take responsibility too. Let us hold onto this year’s theme and move into a new future “The 2030 Agenda for Sustainable Development for Children in Africa: Accelerating protection, empowerment and equal opportunity”.

The burden is upon all of us to bring relief to every child in Liberia.….Thank you ONE GOAL FOUNDATION for inviting me and may God bless our nation and rescue all of its children. 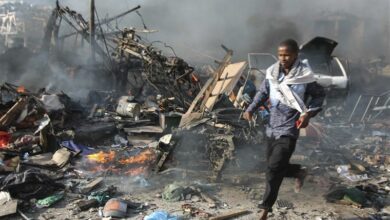 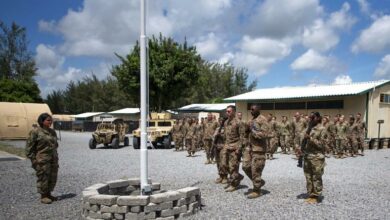