I am always fascinated by the faith developing countries place in a supranational organization like the International Monetary Fund (IMF) and the World Bank to swoop down into a country and save it from social and economic meltdown.

I will approach this short opinion piece by tackling two concepts. The first one is easy, and the second – a bit difficult. The first claim is to demonstrate that supranational organizations like the IMF is the problem and they are more apt to create an atmosphere in Liberia that may harm the government through dreadful austerity measures rather than save it from breakdown.

The other, which is a bit more challenging, is to demonstrate why the IMF is the problem. Moreover, if the IMF were a private for-profit organization, by now, it would have filed for bankruptcy due to its inability to solve complex problems and compete in the global marketplace.

The essential difference between the IMF and the World Bank falls within their mandates and roles. The IMF is tasked to ensure the world’s monetary system is stable, while the World Bank (IBRD as we commonly referred to it during my years in investment banking) is geared towards reducing poverty in underdeveloped countries. Still, despite the tremendous amount of resources provided to developing countries, research shows that underdevelopment in Africa has worsened.

Why Supranational Organizations Are the Problem: The Economic Debt Trap

Around 1957, Ghana and South Korea had nearly equal per capita income, while China trailed many African countries including Malawi, Burundi, and Burkina Faso (Upper Volta) on a per capita basis – notwithstanding the approximately US$1 trillion in aid that has been transferred to Africa. Today, China offers the best proof that underdeveloped countries that ignore austerity measures and economic policies from the IMF and World Bank stand a good chance of doing far better than those that jump to the beat of these organizations and follow their dictates.

“We now know that many of the successful developing countries do not follow the precepts of the Washington consensus,” that’s according to Joseph Stiglitz, a former World Bank chief economist and former advisor to President Bill Clinton.  Mr. Stiglitz added that recommendations from the IMF should be vigorously scrutinized to find out why the IMF offered the policies they preferred, especially when these policies didn’t seem to work in other regions.

In 2015, the IMF and IBRD said Ghana was at high risk of being unable to meet its debt obligations. By the end of 2015, IBRD guaranteed $400 million of repayments on over $1 billion debt Ghana sold to private investors. The policy analyst for IBRD said they were trying to help refinance Ghana’s high short-term debt and free-up additional lending facility that the country could use for infrastructure development. In reality, investors buying these debt instruments were assured a 10½ percent return, whether Ghana repay the loan or not. The big losers will be Ghanaians who are now subject to harsh austerity measures under the terms of the new IMF program. Hence, over the past two years, Ghana moved into cutting government spending by 20 – 25 percent.

Actions by the IMF and the World Bank only provide substantial benefits to a few investors on Wall Street while imposing dramatic costs on underdeveloped countries. The austerity measures imposed by these organizations could lead to massive protests in Liberia.

The argument that IMF policies can be harmful and dangerous to democracy in underdeveloped countries is nothing new. Over 40 years ago, Cheryl Payer superbly linked IMF policies, combined with promises of foreign aid, to the overthrow of a democratic government which was, perhaps, all too eager to the will of the people.

In the early sixties, the Economist magazine linked the IMF’s lending arrangements in Latin America as the Russian’s secret weapon, citing that the IMF’s restrictive monetary policies – when adopted without social safeguards – are bound to lead to massive protests, social eruption, and possibly overthrow of sovereign governments.

In December 1971, the Prime Minister of Ghana, Kofi Abrefa Busia, and his economic management team announced that Ghana and the IMF had come to terms on a standby lending facility to stabilize the Ghanian economy and pave the way for adjustment to the IMF. The terms of the arrangement led to a 44 percent fall in the Ghanaian cedi; the prices of imported goods skyrocketed, widespread rioting commenced, and within three weeks Ghanaian military officials seized power in a coup that was orchestrated by the U.S. Central Intelligence Agency and the Canadian government.

In Turkey, the democratically elected government of Demirel signed a 3-year IMF program in June 1980 to deal with the country’s balance of payments problems. Social unrest, particularly within the labor movement, worsened in the wake of the announcement and by September the military had dissolved the Turkish parliament and suspended all civilian political institutions.

Over the past 40 years, data and empirical evidence show that the IMF and the World Bank’s development performance in underdeveloped countries are far from being a solution to economic instability and poverty reduction. Moreover, their lending practice tends to deter economic growth because the money they loan removes much-needed motivations for governments to advance economic freedom, and it tends to increase corruption.

A professor at the University of California once said, “There is one thing that you can trust everybody to do, and that is to put his or her interest above yours.” The fact is, different actions in the private space always serve self-interest than in the public space. In the private-space, we tend to see the principal/agent conflict more often than necessary. The critical difference which leads to the argument why the IMF is the problem is in the private space, businesses that do poorly are allowed to fail – unless they fall in the category of “Too big to fail” due to the catastrophic ripple effect they will have on an economy. Whereas, in the public space, supranational firms that imposed failed policies are allowed to continue their operation.

The key to economic freedom and prosperity in Liberia will have to be built on the foundation of a strong rule of law. No one should expect to see a corrupt country develop into an economic powerhouse.

Evidence from around the world shows there’s a positive correlation between economic growth and the rule of law. Countries with firm monetary policy, transparent regulation, minimal state interference in commercial activities, and a strong rule of law that enforces property rights and regulations will grow exponentially.

The Central Bank of Liberia needs an economic data bank. Most of us collect information before making decisions. Additionally, the more important the decision, the more information we gather. Yet, the Central Bank of Liberia’s data is based on assumptions and models that are prone to error. The CBL needs a dramatic overhaul to improve the overall economic conditions in Liberia.

India, for example, remains poor despite receiving $28.8 billion since 1961. Similarly, Bangladesh is the World Bank’s third highest recipient of funds, despite being one of the world’s most corrupt country according to Transparency International Index.

The 2007 global financial crisis led to a rebirth of the IMF. Many countries around the world were hit hard by the crisis, but none more than Greece, which had one of the worst economic positions. The country’s deficit led to a freeze out in the bond market.

Consequently, Greece decided to approach the EU and the IMF for assistance. Intervention by the IMF came with severe austerity measures. The young people in Greece had to endure years of economic hardship. These hardships turned into massive riots in the streets as citizens suffered severe spending cuts, higher taxes, and massive cuts in salaries and retirement benefits.

Unlike Greece, Liberia is a fragile state that needs careful handling lest it falls into chaos. Liberia cannot endure 5 to 10 years of austerity measures. Still, the IMF sees these measures as essential, compulsory, and pre-determined since Liberia has run-up an unsustainable external or budget imbalance. However, empirical evidence shows the IMF has a long history of imposing unnecessary and very harmful conditions on borrow countries. Fragile states like Liberia needs to proceed with extreme care when accepting the mandates from the IMF. 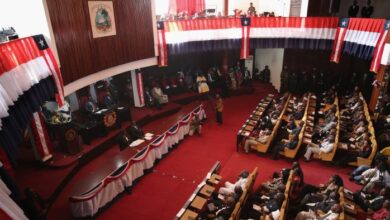 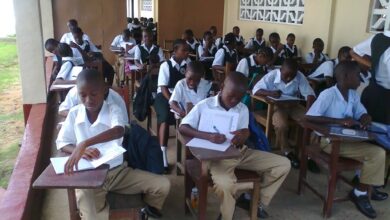 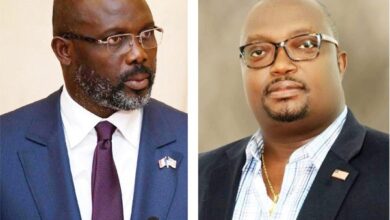