LAGOS, Nigeria –If following your dreams and developing your ambitions can be proven true, one will find that in the life of Nigerian born novelist and global feminist icon Chimamanda Ngozi Adichie. She is globally known as an established writer of short stories, and nonfiction

In 2008, Adichie was awarded a MacArthur Genius Grant. She was described in The Times Literary Supplement as “the most prominent” of a “procession of critically acclaimed young anglophone authors [who] is succeeding in attracting a new generation of readers to African literature”.[4] Her most recent book, Dear Ijeawele, or a Feminist Manifesto in Fifteen Suggestions, was published in March 2017.

Adichie, who was born in the city of Enugu in Nigeria, grew up as the fifth of six children in an Igbo family in the university town of Nsukka in Enugu State. While she was growing up, her father, James Nwoye Adichie, was a professor of statistics at the University of Nigeria, and her mother, Grace Ifeoma, was the university’s first female registrar. The family lost almost everything during the Nigerian Civil War, including both maternal and paternal grandfathers. Her family’s ancestral village is in Aba in Anambra State.

Adichie studied medicine and pharmacy at the University of Nigeria for a year and a half. During this period, she edited The Compass, a magazine run by the university’s Catholic medical students. At the age of 19, Adichie left Nigeria for the United States to study communications and political science at Drexel University in Philadelphia. She soon transferred to Eastern Connecticut State University to be near her sister Uche, who had a medical practice in Coventry, Connecticut. When the novelist was growing up in Nigeria, she was not used to being identified by the colour of her skin. That changed when she arrived in the United States for college. As a black African in America, Adichie was suddenly confronted with what it meant to be a person of color in the United States. Race as an idea became something that she had to navigate and learn. She writes about this in her novel Americanah. She received a bachelor’s degree from Eastern Connecticut State University, with the distinction of summa cum laude in 2001.

In 2003, she completed a master’s degree in creative writing at Johns Hopkins University. In 2008, she received a Master of Arts degree in African studies from Yale University.

Adichie was a Hodder fellow at Princeton University during the 2005–06 academic year. In 2008 she was awarded a MacArthur Fellowship was also awarded a 2011–12 fellowship by the Radcliffe Institute for Advanced Study, Harvard University.

In an interview published in the Financial Times in July 2016, Adichie revealed that she had a baby daughter. In a profile of Adichie, published in The New Yorker in June 2018, Larissa MacFarquhar wrote, “the man she ended up marrying, in 2009, was almost comically suitable: a Nigerian doctor who practiced in America, whose father was a doctor and a friend of her parents.”

Adichie published a collection of poems in 1997 (Decisions) and a play (For Love of Biafra) in 1998. She was shortlisted in 2002 for the Caine Prize for her short story “You in America”, and her story “That Harmattan Morning” was selected as a joint winner of the 2002 BBC World Service Short Story Awards. In 2003, she won the O. Henry Award for “The American Embassy”, and the David T. Wong International Short Story Prize 2002/2003 (PEN Center Award). Her stories were also published in Zoetrope: All-Story, and Topic Magazine.

Her first novel, Purple Hibiscus (2003), received wide critical acclaim; it was shortlisted for the Orange Prize for Fiction (2004) and was awarded the Commonwealth Writers’ Prize for Best First Book (2005). Purple Hibiscus starts with an extended quote from Chinua Achebe’s Things Fall Apart.

Her second novel, Half of a Yellow Sun (2006), named after the flag of the short-lived nation of Biafra, is set before and during the Nigerian Civil War. It received the 2007 Orange Prize for Fiction and the Anisfield-Wolf Book Award. Half of a Yellow Sun has been adapted into a film of the same title directed by Biyi Bandele, starring BAFTA award-winner and Academy Award nominee Chiwetel Ejiofor and BAFTA winner Thandie Newton, and was released in 2014.

Adichie’s third book, The Thing Around Your Neck (2009), is a collection of 12 stories that explore the relationships between men and women, parents and children, Africa and the United States.

In 2010 she was listed among the authors of The New Yorker′s “20 Under 40” Fiction Issue. Adichie’s story “Ceiling” was included in the 2011 edition of The Best American Short Stories.

Her third novel, Americanah (2013), an exploration of a young Nigerian encountering race in America, was selected by The New York Times as one of “The 10 Best Books of 2013”.

In April 2014, she was named as one of 39 writers aged under 40 in the Hay Festival and Rainbow Book Club project Africa39, celebrating Port Harcourt UNESCO World Book Capital 2014.

In 2015, she was co-curator of the PEN World Voices Festival.

In a 2014 interview, Adichie said on feminism and writing, “I think of myself as a storyteller, but I would not mind at all if someone were to think of me as a feminist writer… I’m very feminist in the way I look at the world, and that world view must somehow be part of my work.”

In March 2017, Americanah was picked as the winner for the “One Book, One New York” program, part of a community reading initiative encouraging all city residents to read the same book.

In April 2017, it was announced that Adichie had been elected into the 237th class of the American Academy of Arts and Sciences, one of the highest honours for intellectuals in the United States, as one of 228 new members to be inducted on 7 October 2017.

Her most recent book, Dear Ijeawele, or A Feminist Manifesto in Fifteen Suggestions, published in March 2017, had its origins in a letter Adichie wrote to a friend who had asked for advice about how to raise her daughter as a feminist.

Adichie spoke on “The Danger of a Single Story” for TED in 2009. It has become one of the top ten most-viewed TED Talks of all time, with more than fifteen million views. On 15 March 2012, she delivered the “Connecting Cultures” Commonwealth Lecture 2012 at the Guildhall, London. Adichie also spoke on being a feminist for TEDxEuston in December 2012, with her speech entitled, “We should all be feminists”.It initiated a worldwide conversation on feminism and was published as a book in 2014. It was sampled for the 2013 song “***Flawless” by American performer Beyoncé, where it attracted further attention.

“The Danger of a Single Story” TED talk

Adichie spoke in a TED talk entitled “The Danger of a Single Story”, posted July 2009. In it, she expressed her concern for of various cultures. She explained that, as a young child, she had often read American and British stories where the characters were primarily of Caucasian origin.

At the lecture, she said that the underrepresentation of cultural differences could be dangerous: “Now, I loved those American and British books I read. They stirred my imagination. They opened up new worlds for me. But the unintended consequence was that I did not know that people like me could exist in literature.”

Throughout the lecture, she used personal anecdotes to illustrate the importance of sharing different stories. She briefly talked about the houseboy that was working for her family whose name is Fide, and how the only thing she knew about him was how poor his family was. However, when Adichie’s family visited Fide’s village, Fide’s mother showed them a basket that Fide’s brother had made, making her realize that she created her opinion about Fide based on only one story of him. Adichie said, “It had not occurred to me that anybody in his family could actually make something. All I had heard about them was how poor they were, so that it had become impossible for me to see them as anything else but poor. Their poverty was my single story of them.” She also said that when leaving Nigeria to go to Drexel University, she encountered the effects of the underrepresentation of her own culture. Her American roommate was surprised that Adichie was fluent in English and that she did not listen to tribal music. She said of this: “My roommate had a single story of Africa: a single story of catastrophe. In this single story, there was no possibility of Africans being similar to her in any way, no possibility of feelings more complex than pity, no possibility of a connection as human equals.”

Adichie concluded the lecture by noting the significance of different stories in various cultures and the representation that they deserve. She advocated for a greater understanding of stories because people are complex, saying that by only understanding a single story, one misinterprets people, their backgrounds, and their histories.

“We should all be feminists” TEDx talk, and “Flawless” song verse

In 2012, Adichie gave a TEDx talk entitled: “We should all be feminists”, delivered at in London, which has been viewed more than five million times. She shared her experiences of being an African feminist, and her views on gender construction and sexuality. Adichie said that the problem with gender is that it shapes who we are. She also said: “I am angry. Gender is a grave injustice. We should all be angry. Anger has a long history of bringing about positive change, but in addition to being angry, I’m also hopeful because I believe deeply in the ability of human beings to make and remake themselves for the better.”

Parts of Adichie’s TEDx talk were sampled in Beyoncé’s song “Flawless” in December 2013.

Harper-Collins published an essay based on the speech as a standalone volume, We Should All Be Feminists, in 2014. She later said in an NPR interview that “anything that gets young people talking about feminism is a very good thing.” She later qualified the statement in an interview with the Dutch magazine De Volkskrant: “Another thing I hated was that I read everywhere: now people finally know her, thanks to Beyoncé, or: she must be very grateful. I found that disappointing. I thought: I am a writer and I have been for some time and I refuse to perform in this charade that is now apparently expected of me: ‘Thanks to Beyoncé, my life will never be the same again.’ That’s why I didn’t speak about it much.”

Adichie has clarified that her particular feminism differs from Beyoncé’s, particularly in their disagreements about the role occupied by men in women’s lives, saying that “Her style is not my style, but I do find it interesting that she takes a stand in political and social issues, since a few years. She portrays a woman who is in charge of her own destiny, who does her own thing, and she has girl power. I am very taken with that.” Nevertheless, she has been outspoken against critics who question the singer’s credentials as a feminist and said that “Whoever says they’re feminist is bloody feminist.”

A Two-Pronged Policy Needed to Stem the Flow of Migrants 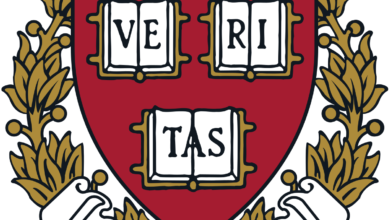