Enter UNU-MERIT research fellow Eleonora (Lonneke) Nillesen. Nillesen was approached by a Dutch NGO to do an impact evaluation of one of its agricultural livelihood programmes in Liberia. “The NGO was wondering why the same programme succeeded in some communities and not in others”, she explains. “My team and I questioned if this had to do with leadership. Other studies have linked leadership and economic development, so we decided to investigate the impact that quality of leadership, which in our case was substituted by corruption, had on people’s economic behaviour in a community.” 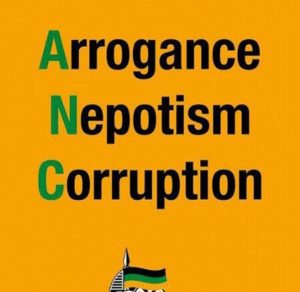 The next question was how to conduct the research. “There’s a lot of macro-economic literature on corruption, but much of it uses subjective indicators like expert opinions, which may not accurately reflect a country’s actual level of corruption. We wanted to use a more objective indicator of corruption that we would be able to measure at the micro level – that is, at the level of individual villages.”

In Liberia, Nillesen and her team decided to gauge corruption using “gap” measurements, which identify corruption by searching for discrepancies between different data sources. “We mimicked the NGO’s standard procedure of giving input – agricultural seeds and small hand tools – to a community leader, who then distributes them to villagers. But we announced that bad roads were stopping us from transporting and distributing everything at once, and asked the community leaders to store the input for three days in their huts. They were informed that, after three days, a project worker would inventory the input and distribute it to participants.”

“We didn’t tell the leaders that we’d measured the input before sending it to the villages”, Nillesen continues. “That meant we had a baseline measurement, and any discrepancy found three days later was our measure of corruption.”

But measuring corruption is only relevant if that corruption is consequential. Therefore, Nillesen examined how corruption affects incentives for investment using two economic games. First, farmers from the villages were asked to play a standard voluntary contribution game to measure their propensity to invest in local public goods. Second, they played a simple “heads or tails” game to gauge their taste for making uncertain investment decisions.

“In half of the cases, some of the input was missing and there was a strong negative correlation with the outcomes of the games”, Nillesen says. “People living in a village with a corrupt chief invested less in public goods than did other people. They were also less inclined to make risky investments. Though we never revealed the outcomes of the corruption experiment to the participants, the villagers somehow knew they couldn’t trust their leader.”

Nillesen also found differences between sexes. “Men responded to corruption by lowering their investment in public goods much more than women did. Because ‘public goods’ in Liberia often means the provision of male communal labour, men were more exposed to the negative impact of corruption because the chief could request their services whenever necessary.”

Despite these results, effecting real change in Liberia is difficult. “We covered about 1000 households, which is a small snapshot in terms of impact for the entire country”, Nillesen concedes. “Unfortunately, it hasn’t been very consequential yet.”

Nillesen and her team also faced challenges on the ground. “We excluded some villages from the risk game because someone had tampered with the experiment”, she laughs. “To assess risk behaviour, we used a bag containing two wooden blocks – one marked with a cross and one without. Each villager had to draw one block from the bag, and whoever drew the block with the cross won. My colleague noticed that in some villages all respondents had drawn the block with the cross. Turns out, someone had drilled holes in the blocks with crosses, so the villagers could feel which one they needed to pick. It was frustrating at the time, but we laugh about it now.”

While corruption and bribery continue to run rampant in Liberia, it’s hard to tell what the future holds. As Nillesen points out, however, other NGOs have put initiatives in place to increase monitoring and pay more attention to the role and incentives of local leaders. “I think progress is being made, but slowly”, she says. “As a follow-up to this study we’re now comparing our ‘objective’ measure with villagers’ own perceptions of corruption and trying to link the outcomes to the actual underlying mechanisms.”

Eleonora Nillesen (1975) is a research fellow at UNU-MERIT. She holds a PhD in development economics from Wageningen University, the Netherlands. Her research interests include the impact of violent conflict on socioeconomic indicators and institutional change, with a focus on rural households in sub-Saharan Africa.

Daymond John: A Knowledge of Success in Business