MONROVIA, Since the end of 2017, the Liberian Dollar (LD) has been free-falling like an empty barrel down a very steep hill. The quickened depreciation of the LD and weaknesses in Liberia’s economy were foreseen in an article I published on Globe Afrique back in January 2018, in which I listed the economy as a significant challenge facing the new administration.

My concerns were based on a review of the Central Bank of Liberia’s economic data and the rising strength of the United States (U.S.) economy. Today, the prediction is fast becoming reality since the LD is falling because of a high rate of money growth of Liberian dollars in circulation, failure of the Governor of the Central Bank of Liberia to meet five essential objectives of the central bank’s monetary policy, a strong U.S. dollar, and a week and unstable Liberian economy. 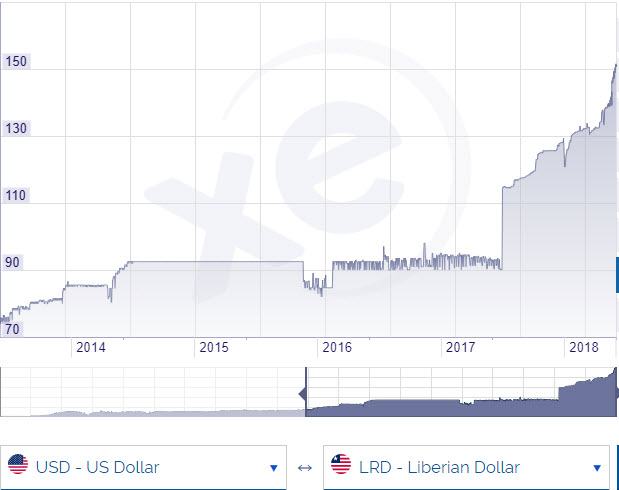 On Tuesday, July 3, 2018, the Liberian dollar was trading around LD$151, its lowest value in decades. That is a decline of nearly 50 percent against the U.S. dollar in roughly 7 months. The fall of the Liberian Dollar is a severe cause for concern since the Central Bank of Liberia lacks the resources to take a defensive position in the foreign exchange market to stop this freefall.

According to the 2017 Annual Report from the Central Bank of Liberia, narrow money supply (M1) at the end of November 2017 stood at L$52,207.9 million – a jump of nearly 15% compared to A similar period in 2016. Back then, former Governor Milton Weeks stated the increase in LD was due to the 2017 election, even though the government of Liberia received millions in financial support from the United Nations Development Program, the Swedish government, and other international development agencies.

During the same period, the former President of Liberia, Ellen Johnson-Sirleaf, set forth a mandate that all Government of Liberia employees should be paid in Liberian dollars. Whether it was insidious on the part of the previous administration or not – that mandate exacerbated the problem because the CBL indirectly released additional LD to the market.

In early 2017, the former CBL Governor, Milton Weeks, admitted that the Liberian economy was holding nearlyLD$13 billion dollars.  For an economy that depends heavily on imports, this means the high growth in money supply without a comparable increase in real output shows there were far too many Liberian Dollars chasing fewer goods. It is imperative upon the CBL to limit the quantity of money and credit.

There is a strong correlation between the amount of money in circulation and inflation. And it is a known fact that when inflation rises too high or, a currency loses its value for an extended period, the central bank is at fault. Why? Because the central bank has the Constitutional authority to print currency and control the availability of money and credit in the economy – this activity is what we refer to as monetary policy and can be found in the Act to Authorize the Establishment of the Central Bank of Liberia (source: http://www.theperspective.org/2014/cblact.pdf)

The U.S. Federal Reserve Board Chair Janet L. Yellen, stated, “A crucial responsibility of any central bank is to control inflation, the average rate of increases in the prices of a broad group of goods and services. Keeping inflation stable at a moderately low level is important because… inflation that is high, excessively low, or unstable imposes significant costs on households and businesses” (source: https://www.federalreserve.gov/newsevents/speech/yellen20150924a.htm).

It is quite simple, the Central Bank of Liberia should be blamed for Liberia’s current economic fiasco because the CBL failed in its pursuit of five specific objectives. Moreover, considering the former governor was a holdout from the previous administration one can’t help but wonder where his loyalty rests. The five specific goals include: 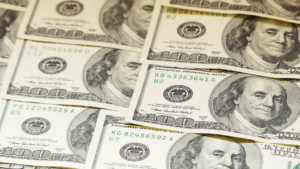 stabilize the U.S. economy (a central banks specific objective), the Federal Reserve bank hiked its benchmark short-term interest rate a quarter percentage point and suggested that there may be two additional rate hikes before the end of the year.

How do you solve the economic problems in Liberia?

To increase the value of the Liberian Dollar and stop the further depreciation of the currency, let’s take a look at the pros and cons of some fundamental strategies:

Based on the current situation, the Government of Liberia needs to attract a lot of foreign direct investment to help spark productivity in the private sector. They need to seek the help of competent economists, researchers and business people to help drive investments to Liberia. International development agencies have been in Liberia for decades, yet, the Liberian economy has been surpassed by countries that were once worse off then Liberia. The World Bank, IMF, and USAID do not solve problems.

Go Get More Loans: A Command with Grave Consequences

Only in Liberia: A Legislator Wants to Run for Office to Become a Legislator