WEST AFRICA –- The West Africa nation of Ghana is not just making progress on the political front with a culture of stability and impeccable political transitions since dating back to when former military leader, flight lieutenant Jerry John Rawlings, instituted a culture political and economic revival, the country has been tremendous progress in improving the lives of its citizens in every field.

Under incumbent president Nana Addo Danquah Akufo Addo, Ghanaians are soon to benefiting from the use of a digital address system for their properties and business transactions.

The country’s leader has launched a National Digital Property System (GhanaPostGPS App) in the capital Accra.

According to sources, the address database will make it easier to search for and find locations across the country as well as boost emergency service delivery. 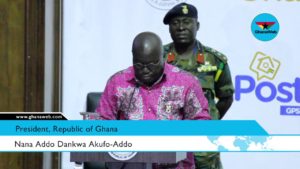 Analysts say the service is projected to also assist in the mobilization of revenue collection for local utility companies nationwide as well as provide an opportunity for the establishment of new businesses.

President Akufo Addo portrayed the opening of the new GhanaPostGPS as the dawn of a new era, saying, “Ghanaians would no longer use landmarks to give directions and locate a property.”

The progress West African leader maintained that the digital property system will also assist in transforming the Ghanaian economy considering the multi-faceted benefits it will offer.

The president said, “With this new system, the location of the blue kiosk, the ‘waakye’ seller or the ‘koko’ seller will have an address.”

Vodacom, a local Ghanaian tech company designed the GhanaPostGPS App.  The App divides Ghana into grids of 5m x 5m squares and assigns each one a unique address, known as a digital address.

The App will also generate a unique code for every property or location in Ghana, using the Global Positioning System (GPS) technology.

Vodacom’s officials say the new system is effective in providing the address of every location to every in the country, including undeveloped parcels of land.

The GhanaPostGPS App is downloadable free from Google Play Store for Android users and Apple store for IOS users.  However, it would install and a registration process. Once these are done, a user would then have a digital address on the go.