In light of tangible evidence of violations of the Civil Service laws of the Republic of Liberia, and statements indicating the Government of the Republic of Liberia is “Broke”, Globe Afrique Media and its international partners are calling on H.E. President George M. Weah to issue an Executive Communique instituting a hiring freeze beginning March 1, 2018, until the end of the fiscal year.

As part of this restriction, no vacant positions may be filled, no new positions should be created, no consultants should be hired, and no civil servant should be reassigned unless in emergency situations and with the approval of the President’s Chief of Staff. Of course, the order will exclude positions for doctors, nurses, police, and the military. 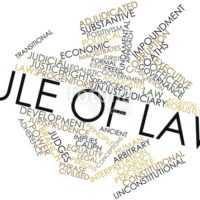 It appears many new ministers and managers are not aware that the Government of Liberia operates on a merit-oriented system where people are hired based on their abilities and not patronage.

Additionally, the Laws of the Republic maintain – vacancies for existing positions should be filled by promotion of qualified officers from within the agency – a rule that is being violated. Credible information flowing to Globe Afrique indicates managers at several agencies including the National Port Authority and the National Transportation Agency may have violated these Laws. As such, all appointments made in light of any violation must be undone for fear that these agencies will be exposed to employment lawsuits and remain in clear violations of the Laws of the Republic. 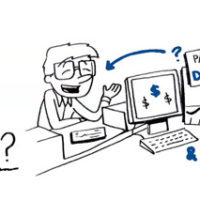 The hiring freeze will give newly appointed managers an opportunity to understand how their agency operates, review relevant hiring practices, review their current budget and prepare their agency for the upcoming budget cycle. The hiring freeze will also give newly appointed managers an opportunity to present a clear plan of how they intend to cut wasteful spending and reduce their workforce in a manner that doesn’t place their agency at risk.

Again, Globe Afrique Media and its partners believe the pro-poor agenda is best served by ensuring an orderly transition of civil servants and proper management of the limited resources in the state’s coffers. A hiring freeze may also reduce the risk of an enormous budget shortfall while ensuring a stable shift to the upcoming budget cycle. We thank the President in advance for his wisdom.

Presidents of Liberia and their places of birth