Infrastructure deficit in Liberia is one of the major constraints on economic growth and development. It is obvious that national government must prioritize the need to construct more roads to reduce transportation and business costs, expand capital investment in other sectors of the economy especially in agriculture production, tourism etc., thus leading to an increased in overall economic growth, and ensuring an unhindered movement of the people across the country. Anybody with just a perfunctory insight on what the lumpen masses go through in the countryside of the homeland to commute and visit medical facilities will jump at every opportunity to construct new roads and make the old ones worthy for travel.

In the context of capitalism, it is all but correct that massive improvement in infrastructure, electricity, security, and labor are factors that attract investors to a country. With Liberia lagging in such regard, the popular view is that the bold but wrong step the Weah government is taking to get loans to fund the construction of roads seems a convincing imperative. This school of thought has not taken into consideration that for a government to engage in such undertaking it must be informed by social or economic analysis, debt sustainability analysis, and the industries that will be developed because of the construction of the roads.

To these critical questions and concerns, the non-productive parasites in the government along with their unprincipled opportunists in the local press and on social media have slapped patriots who surpassed them in conviction and courage as ‘angry losers.’ Mentioning the disastrous consequences of the two loan agreements is almost like a sacrilege or heresy which is punishable by burning at the stick. To even take it to a new level, President Weah tagged critics of the loan deals as “enemies of the state.” Clearly, Liberia is isolating itself from the global village. The country is fast turning into a space where reasoning and knowledge have been substituted for emotional prejudices and unfettered battle crying. 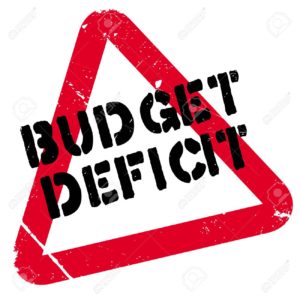 However, our quest for roads must be a task which should be taken with utmost precision, caution and due diligence, as addressing this menace with emotion could solve the road constraint but plunge the nation into other constrictions that could make even the newly constructed roads inconsequential to the attendant ramifications from its bad deals. And one such road contract which, although having the halo of exigency around it, has all the symptoms of poor judgment, lack of planning, and resembles a deal shrouded in corruption and desperation, is the GOL-EBOMAF Pre-Financing Agreement.

First and foremost, we want to categorically dismiss this lie hurled by rotten elements and intellectual prostitutes of this regime that the deal between EBOMAF and the GOL is a pre-financing loan agreement. It goes to say it is neither the abovementioned nor is it being pre-financed by EBOMAF as apologists of the Weah government would want us to believe. It is important to mention that the agreement doesn’t satisfy the least required to be called a pre-financing agreement. Contrary to this widespread lie, the agreement is a construction contract entered by the Government of Liberia and EBOMAF. And as a means of financing this agreement, the GOL will issue Eurobonds at 6.5% interest rate with a 15 years maturity and 5 years grace period through EBOMAF and her banking partners, EID and/or AFREXIMBANK, to be sold to investors. Afterward, funds generated from the sale of the bond by the government will be distributed to EBOMAF in four tranches.

What are Eurobond and coupon rate? On the one hand, Eurobond is a sovereign debt security issued by a national government that is denominated in a foreign currency, usually dollar (CePAR, 2018) aimed at financing infrastructure projects or tapping into the international bond market to fund domestic initiatives in Africa. On the other, according to Investopedia, “Coupon rate is the interest rate paid on a bond by its issuer for the term of the security.” 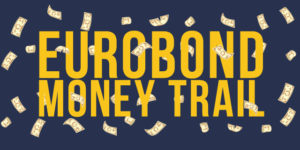 Suffice it to mean if the term of the Eurobond has not expired, Liberia will pay an interest rate (coupon) of 6.5 percent. This can be annual semi-annually or quarterly, as per the agreement. Such interest rate has nothing to do with the payment of the loan. It is more like a security to allay the fear of the investors that the government will not default on its obligation to pay back the loan. While Liberia waits for 15 years to start paying back the loan, in a year or in six months, depending on the arrangement, the country will start to pay the coupon rate of the loan immediately.

With this means of financing, the contract comes another factor that the

GOL has not revealed to the masses of the people. There is a high likelihood that the bond will not receive full subscription due to the health of the Liberian economy. Global capitalism is experiencing the crisis of overproduction. That is, many goods of the big monopolies are going unsold because of workers’ incapability to purchase because of declining wages. Therefore, investors are hoarding money instead of expanding capital investment in Europe, America and even in China. A situation which has affected the Liberian economy which principally relies on the export of raw materials to get foreign currency earnings.

However, many investors look to the financial market to purchase bonds like Eurobond to get whopping returns on their money based on the coupon rate over a period of time. Also, the sale of Eurobond on the financial market has been one of the ways countries in Africa have mobilized capital to fund infrastructural projects. But there is a precedent to indicate that investors take into consideration the health of a country’s economy to either accept or scale back the full subscription of the Eurobond issued. Full subscription here means the investor accepting the bond at face value. In the case of Liberia, the total face value of the Eurobond being issued is US$420.8million.

Looking at the health of the Liberian economy, wherein the country has experienced consistent budget shortfalls for more than three fiscal periods—2013/2014—will the investors fully subscribe by paying the bond at face value, as the full implementation of the contract hinges on the full subscription of the bond by investors? Taking into consideration the appalling health of the Liberian economy and the fear of investors not getting returns on their money, the 420.8million dollars Eurobond will be scaled back. And since the project is reliant on the full subscription of the bond, when it is scale down, the implementation of the contract will be affected. In 2012, Ghana issue a Eurobond of 1 billion, but due to its fiscal deficit, which was 12 percent of GDP, the bond was scaled down to 750 million (CEPAR, 2018).

In this era of stubborn fanaticism, we will not approve with our silence the wreckage of Liberia by a political sect, which panders to plunder and is destitute of knowledge. We will speak out, so we can be vindicated tomorrow. We will not be like Martin Nemoller and his contemporaries who were silent about the vicious conduct of Hitler until they suffered the perils of indifference.

Then they came for the Jews, and I did not speak out—
Because I was not a Jew.

Then they came for me—and there was no one left to speak for me.”

Courtesy of the Center for Policy Action and Research (CePAR).

Economic troubles: Why the Liberian Dollar is Depreciating?