Washington, DC – Former Liberian president Charles Taylor, currently jailed in the UK for war crimes and crimes against humanity, is not a prophet in the truest sense of the word, but he seems to be a prophetic genius in another sense when he foresaw a time that he will assume power again in Liberia, either directly or indirectly.

In 2003 when then US president George W. Bush issued a statement that he (Taylor) must go as conflict escalated in Liberia, the ex-Liberian leader delivered a farewell address on a Sunday to his nation bloodied by 14 years of war, declaring himself “the sacrificial lamb” to end what he said was a U.S.-backed attack against his besieged regime that held the West African sub region in paranoia for a decade.

Before departing Liberia for Nigeria, Taylor said, “God’s willing, I will be back!”

The ex-Liberian president’s recorded address to his people seems to be coming true closer and closer as his wife is positioned to become the most powerful person in the country. Armed with a law degree and an economics graduate degree, Mrs. Taylor is a stone throw away from the Liberian presidency.

Weah has an unstoppable popularity and the ex-Liberian leader’s wife is from one of the largest tribal groups in the country in addition to being the wife of Charles Taylor, the man with huge financial capacity that include access to diamonds and other minerals resources obtained during his time as president of Liberia and as “chief facilitator/supporter” of Sierra Leone’s Sierra Leone war.
Taylor was sentenced and is jailed for atrocities committed in the Sierra Leone’s war.

He had long been pushing for him to be released and relocated with his children and grandchildren as he grows older every day.

In the past few months, he has also requested and continues to ask the International Court of Justice in The Hague to send him to Africa, preferably Rwanda, so that he can complete his prison sentence there.

With his wife close to being the leader of Liberia and a major player in West Africa, the ex-Liberian leader’s recorded speech in which he said, “God’s willing, I will be back!” is soon to come through when a Coalition for Democratic Change’s (CDC) takes power in Liberia in 2018.

Credible international sources say Taylor is in contacts with his supporters in Liberia as well as his wife’s political handlers and campaigns.  In fact, one political analyst with vast interest in Africa said there is strong possibility that Charles Taylor is the financier of key political activities in Liberia with regards to the 2017 presidential election.

The leader of the Coalition for Democratic Change (CDC) has not denied speaking to and with the ex-Liberian leader after accusation from some international quarters and a Liberian activists accusing the party of receiving funding from Taylor.

What are the ramifications should Charles Taylor’s wife become president or vice president of Liberia?  Can she unite the country?  So far, Mrs. Taylor maintains that apart from her experience as a former First Lady, deputy governor of the Central Bank of Liberia during her husband’s reign and as senator, she is a popular person who has helped her people with development projects. 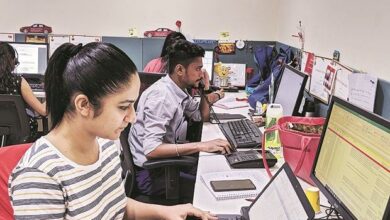