On January 16, 2006, when Ellen Johnson Sirleaf became President of Liberia, she raised the hopes of many Liberians of a new day in Liberia and inspired the confidence of the International community when she declared “war against corruption as public enemy number one.” The President dashed the hopes of the Liberian people and the international community, further in government’s commitment to fighting corruption when she failed to reappoint former Auditor General John Morlu.

Much earlier, hopes dwindled further since it became apparent that officials of her government in all three branches of government, including family members, and close associates of the president were openly engaged in corrupt practices and siphoning public funds for private causes without any serious attempts at reprimand or countermand.

Ellen’s Regime has neither the weapon nor Ammunition to fight Corruption
In any fight against public corruption, the weapons needed most is the political will, moral courage, moral fortitude and the public integrity to stand with the people against corruption. Without a doubt, the government lacks the political will to fight corruption in government and has no ammunition or legal tools with which to do so. State-sanctioned corruption in all three branches of our government is alarming. The Government has no scruples and has demonstrated to the Liberian people and the world that rampant corruption is a fundamental pillar of this government’s public policy. At best, public corruption is public policy number one!

In the same breath, the ammunition needed to complement the weapons of war against corruption is the set of laws and policy instruments necessary to properly coordinate the fight against corruption, including civic education and awareness about the harmful effects of corruption and its poverty-driven effects on a third-world society as Liberia is.  These laws provide the legal basis for deterrence and prosecution against waste, nepotism, fraud, bribery, outright theft, abuse of public office, and betrayal of public trust by collusion against the public interest they as, government officials, have sworn to uphold and protect.

But the Ellen Sirleaf Regime was never up to the task. All the public pronouncements were nothing but a ruse, a public show, playing to the gallery of the international community and speaking the language of accountability and transparency while taking no actions as millions in public funding support and international investment has been squandered away to private interests without trace or accountability.

The government has done very little if at all, to improve the legal governance regime targeting corruption. In nearly 12 years of singing anti-corruption choruses, no new deterrent and criminal legislations were ever enacted to enhance the fight against corruption, and anti-corruption actors in government rely solely on criminal statutes which do not go to the heart of fighting corruption in government today. Thus, rendering the Anticorruption and Governance Commissions; Human Rights and Law Reform Commission less effective and their abilities to implement the public interest objectives for which they were established, remains doubtful.

The government has done very little if at all, to improve the legal governance regime targeting corruption. In nearly 12 years of singing anti-corruption choruses, no new deterrent and criminal legislations were ever enacted to enhance the fight against corruption, and anti-corruption actors in government rely solely on criminal statutes which do not go to the heart of fighting corruption in government today. Thus, rendering the Anticorruption and Governance Commissions; Human Rights and Law Reform Commission less effective and their abilities to implement the public interest objectives for which they were established, remains doubtful.

Harmful Effects of Rampant Corruption
As result of unconstrained corruption, Liberia, in 12 years under the regime of President Sirleaf is poorer than it was twelve years ago, before Ellen’s ascendency to power. Infant mortality is high; as is prenatal and maternity deaths. The health system is just a shy away from nearing collapse. The education system is in ruins as public schools are deplorable.

Because corruption was unchecked in the last 12 years, corrupt officials are emboldened to intensified corruption as war victims continue to suffer from the lack of institutional support to help them break out of the cycle of poverty and victimhood exacerbated by the many devastating years of war.

Other harmful effects of corruption in our country are that our society is defamed, and we are all ashamed of our country’s harmful practices and government corruption. Those engaged in rampant corruption have lost their conscience, and sense of duty to the public good. Better promotions and opportunities are reserved for the privileged corrupt few while public services including public works, clean water, health and hygiene, electricity remain in the dreams of ordinary citizens.

The gap between the haves and the have-nots is ever widening. Honest people and people of integrity are not respected in our society and teachers, nurses and doctors remain poorly paid. Members of the national legislature and heads of major revenue generating agencies of government are compensated outrageously for their disservice to the country, using revenues generated for their private benefits. Corruption slows down, if not stifles national development initiatives with an increase in killings and violent crimes. Public institutions no longer render efficient services, budget revenues decline as public spending becomes less efficient.

Furthermore, the effective use of foreign assistance declines, the political legitimacy of our public institutions and government is undermined, thereby stifling the growth of our democracy, constituting a national threat to peace, unity, security, and reconciliation.

The Executive, Judiciary, and Legislative Branches Are Inherently Corrupt – NO AUDIT IN 12 YEARS
The leaders of our country are natural partners and frontline commanders in the war against corruption. We cannot overemphasize the importance of the role of the Executive, Legislative and Judiciary branches of Government. The role of government institutions is compromised when these branches of government behaved in questionable manners and failed to live up to the same standards every other member of the government and individual citizens are expected to live up to as a standard.

The Executive Mansion has a responsibility to enforce the law and prosecute corruption cases many times based on findings and recommendations of an investigation or audit report. In like manner, the National Legislature is to make new laws to remove all gaps and deficiencies in the current law and make sure the fight against corruption is air-tight and flawless. Whereas, on the other hand, the judiciary is supposed to ensure that corruption cases are speedily and expeditiously disposed of to dispense justice and ensure that there is sufficient legal deterrence against public corruption.

To date, very little has been done in the war against corruption, and neither the Executive, Legislative or Judicial Branches have submitted to audit in the nearly 12 years of President Sirleaf’s Administration. The leadership of all three branches has flatly refused to expose their offices to public audited, as far as available evidence in the public domain admits. Without a credible audit for 12 years; it is safe to say that millions of dollars in public funds appropriated to these three units of government have been misused, misapplied, spent and appropriated in a manner consistent with corruption.

Without a public audit, these venerable institutions remain under the suspicion of being corrupt, and their moral, ethical standing and integrity will remain low in the eyes of the public that has no reason to continue to trust them as corrupt officials of government.  -END- 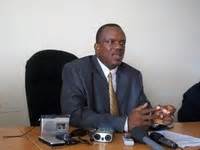 Cllr. Jerome Verdier, Sr. is a renowned Liberian human rights lawyer and African social justice advocate, and the former chairman of the Truth and Reconciliation Commission in Liberia.  He is also the brother of Attorney James Verdier, chairman of the Liberia Anti-Corruption Commission.  He is internationally regarded as one of the leading voices of accountability in Africa.

Editor’s Note:  This article is a valuable contribution from achieves, it was first published in a local Liberia media.

Will the Palestinians Ever play their cards right?