By Alfred P. B. Kiadii

Months ago we have been reading newspaper clippings, online websites and have also been posting about an organic bad blood between the number 1 and number 2 persons of the republic, ranging from disagreement on poltical appointments made in the government to how the president has been conducting the affairs of the government, as well as on matters bordering on transparency.

At one point it was widely reported in the Liberian press that the president asked the VP to cut short one of her foreign trips and return home effective immediately, but the VP did not budge. Before then, the public got to know the two leaders where embroiled in a rancorous squabble when the VP and victim used the occasion of her appearance on the famous Truth Breakfast Show to treat the Liberian public to a shocking spectacle by taking the high ground and openly apologizing to George Weah for her insubordination.

One would think sleeping dogs would lie. But before the ink could dry on her apology to number 1, another issue spilled over that became a poltical cause célèbre. A long-time aide and trusted ally of VP Taylor in Esther Walker, the Superintendent of Bong County, was heard on tape providing gory explanation about her terrible ordeal with the evil trio—Nathaniel McGill, Jefferson Koijee, and Samuel Tweah—they virtually put her on trial for more than 4 ungodly hours, and also accused the VP of conspiring with other individuals to assassinate number 1. Following the public airing of the leaked tape with such revelations, matter hit a high peak when Information Minister Lenn Eugene Nagbe took to social media to fume virulent outburst on the VP, calling her a ‘’puppet master’’ and vowing that Esther Walker will be sacked before the light of day.

However, like the proverbial ostrich whose head is buried in the sand, our postings and the media reportage of the antagonistic division between the duo were dismissed with the usual uncritical reflex of a ranting from CDC spawns, calling us ‘’enemies of the state.’’ Some of our postings about the Weah-Taylor divide and attendant factional battles in the regime were airbrushed away as sour grapes and toxic hatred from people who are still in disbelief about their electoral defeat at the hand of George Weah—that is if there would have been any victory for George Weah minus Ellen Johnson-Sirleaf’’s fraudulent machination.

Let me not indulge into flashback for now because this piece is not intended to put a comprehensive spotlight on the fraudulent electoral process that brought George Weah to the presidency, let’s deal with the present. Fast-forward, chicken has come home to roost, and the plaster on the putrid sore can no longer contain it and its stench from the public. The abscess is wide open and the rottenness is contaminating.

Now all the masks and all the pretensions have been removed from the sordid affair, as VP Taylor says the calling off point of the longstanding campaign of smears against her is now. She is no longer taking punches from regime zealots and CDC hardliners who have denigrated her on open mike like amateur musicians nocturnally during freestyle at a pub. They CDC votaries slapped her with all manner of charges and misnomers—from the treasonable to the comical and to the absurd— her tolerance elasticity has been exhausted, and she can no longer endure the humiliation, repudiation and outrageous accusations in silence.

Boy oh boy! Time to spill the beans. Isn’t that the name of a watchable movie which has become an instant hit? Well, it could be, and could be not? Goodness! This is neither a fictional movie nor some verisimilitude. Also, this cannot be pantomime because pantomime comes not in June but in December. Equally so, I am neither talking about a Netflix movie nor the latest episode of Game of Thrones.   We are locked in a nonfiction—surely a breath-taking twist as well as delicious plot. The latest episode of the Liberian drama, probably we are at a very decisive and devastating turning point which will determine the denouement or resolution.

Jewel could be accused of anything—I say anything but not everything! She has now refused to tether to silence. Certainly, she is neither a dummy nor a pushover nor a yes woman, nor an et cetera. She has mastered the game of intrigue and political fight, without those two she wouldn’t be at the epicentre of today’s Liberian politics. I could be right, and I could be wrong, and I could be equally right- wrong or vice versa. It sounds oxymoronic, but the happening itself is oxymoronic. Maybe she is a chess player, maybe not! But take my words with a grain of salt!  In any event, she is a political chess player. You can hedge your bets on that! A lady of her stature and calibre keeping quiet why being constantly insulted by toddlers, senior government officials, CDC gutter press must be a veteran in the business of Liberian politics to condone the insults in silence.

Further, imagine a lady who is an estranged wife of a gangster of a disreputable former leader who rightfully sits in a tight British prison still active in the politics of the republic, climbing as far as the number 2 person of the republic. It must be the mark of a political genius for her to shake herself off the excesses of Charles Taylor and plot her own political future.  In my Liberian parlance, ‘’she is no small potato’’ to be easily dispensed with. Not certainly without a serious fight!

Yesterday, Jewel Howard Taylor told Samuel Tweah and Nat McGill that the country is in the period of revelation and exposure so Weah must brace himself for the heat. Certainly, this is no music to the ear of George Weah.  But she insists the gloves are off—no embellishment, no sanitization of the fact!  All the hidden skeletons from the Liberian poltical underworld will be brought outside. In short, in a simple and not ornate language, she is about to expose everything wrong that has been happening behind the scene in the government. Nobody thought judgment day would come this early, but judgment day is here for the Weah administration! Jewel is poised to sit on the throne like the proverbial God. Her political future is on the line so she wouldn’t allow little boys to dirty her image. Like a shrewd politician who knows when to strike, she has decided to eat her soup now when it is cold. In my not too sublime Vai (probably I need a tutorial from Boakai Jaleiba, Tenneh Kpedebah, Mo Ali, or Molley Paasewe)—are noh musuyea wa aye tinkeh (They say the woman wants to fight).

Simply, there is an organic crack in the ruling clique and accompanied by turmoil in the society. The contradictory posture of the apparatus of security and justice. The restless and defiant participation of the masses, becoming active in political life, rampaging Liberian social media threads and contributing to national debates via the mainstream outlets of communication, the economic crisis with banks and other lifeline of the economy fallen into topsy-turvy, and the decamping and camping of the opposition and the ruling party, with the timid members of both camps hurriedly changing political jerseys—the republic is in a revolutionary situation.

‘’You can govern when the people are quiet, but when they become not only unquiet, but revolutionary, you get diseases from that.’’ Before you jump all over me or on my behind, I seize the liberty to make the confession that the above are not my words but those of CLR James. Without any doubt or fear of contradiction, the Liberian government has caught disease on the cusp of the June 7 protest and with the precursor of the masses becoming active in political life.

Could this be Jewel Howard-Taylor’s moment plus George Weah’s downfall, or could this be George Weah’s moment plus Jewel Howard-Taylor’s downfall, or a masses’ moment or the downfall of the regime? We are not sorcerers to dabble in the incantation of abracadabra, but as keen observers who are following the contours and the evolving trends on the home front to proffer analysis, all we can say is another twist, another turning point, all in the political roundabout.

Kiadii writes from Accra, Ghana and can be contacted via bokiadii@gmail.com.

Modernity And Civilization Offer No Shield Against Future Genocide

LIBERIA: PETITION TO SAVE THE STATE 2019 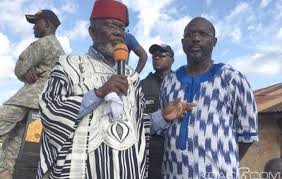 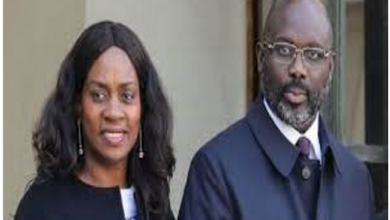 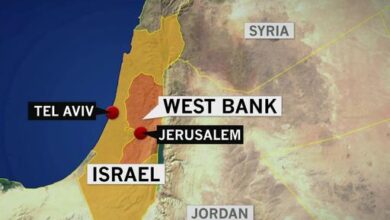