English Premier League side Leicester City are set to make their first signing of the January transfer window.  Genk midfielder Wilfred Ndidi will sign a five-and-a-half-year deal with the Premier League champions subject to a work permit.  The Belgian side have agreed to part ways with the defensive midfielder for £15m.

Leicester announced through their website that they have agreed personal terms and that Ndidi has completed his medical.

Ndidi began his senior career with Genk in 2015 after a successful trial for the club.  Before joining the Belgian club, Ndidi was playing in his native country of Nigeria for Lagos based club Nathaniel boys.  During his time there he made appearances for the Nigeria U-20 team and eventually took part in the 2015 FIFA U-20 World Cup.  After impressing at the tournament Ndidi was called up to the senior national team and has since made five appearances for the Super Eagles.

At Genk Ndidi managed to find the back of the net nine times in 64 appearances.  He was named the third-best young player in the Belgian Pro League for the 2015/2016 season.  This season he helped Genk finish top of their Europa League group to solidify their place in the knockout stages.

Mitchell P. Rozansky is a promising journalism scholar, member of the St. Bonaventure University Community and Editor-In-Chief of Globe Afrique Media, publisher of globeafrique.com. Prior to serving as editor in chief, he was entertainment editor of the media group, covering news stories and articles on sports, lifestyles, TV/films, music, and fashion.

Liberians Frowned on Economic Caste System and Hardship Under Sirleaf 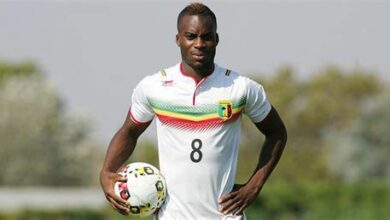