The Minister of Information, Eugene Nagbe, who also served in the administration of former president Ellen Johnson-Sirleaf blames his former boss’s administration for the theft.

Mr. Nagbe also issued a statement barring fifteen individuals from leaving the country. Madam Sirleaf has vehemently denied her administration had any involvement in the theft and quickly accused the current administration of President Weah of attempting to impugn her legacy.

According to a press release from the Ministry of Information, the individuals barred from leaving the country include the former governor of the central bank, Milton Weeks, and George Abi Jaoudi, a Lebanese businessman with strong ties to Lebanon, where the Liberian currency is also printed.

Before taking office, members of the incoming administration petitioned then-Senator George Weah to perform a financial and forensic audit of the previous administration; citing a review of the last government’s books and records, they argued, will ensure the incoming government will fully understand what it was inheriting.

Since the government of President Weah failed to perform this review, some are arguing that the administration owns some clear responsibilities on Liberia’s missing banknotes. Today, the current and former administrations are tossing blame around like hot potatoes.

“President Weah’s failure to audit means he owns the economic and fiscal disasters that are taking shape in Liberia,” according to John Daniels, a Liberian living in a heavily populated Liberian section of Staten Island, New York.

Additionally, residents in Liberia believe the incoming administration bears all responsibilities in the current economic sabotage since they have failed to declare their assets in accordance with Liberia’s Code of Conduct.

African countries, in general, are ranked as some of the most corrupt nations in the world.  Their corruptible acts have been tied to the stunted human development growth and poverty of many African countries.

Of the top ten countries considered most corrupt in the world today, eight are in sub-Saharan and North Africa, according to Transparency International, a leading watchdog on global corruption.

According to the World Bank, businesses and individuals pay an estimated $1.5 trillion in bribes each year. These bribes amount to about 2% of global GDP – and ten times the value 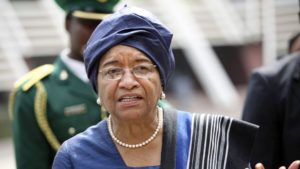 The crime in Liberia amplifies recent calls by many Liberians at home and in the diaspora to establish a special court to address economic crimes.

Many in the United States justice and law enforcement systems see the brazen crime in Liberia as a threat to the country’s fragile peace and a crime that may jeopardize foreign direct investments.

Who would want to operate a business in a state with such high-level of impunity and economic corruption, asks Colin Fitzgerald, a clothing manufacturer living in the Washington, DC area who is contemplating moving his small designer factory to Africa.

A failure to solve this crime will place a considerable hindrance on economic activities in Liberia, says Jeff Cleveland, a Foreign Corrupt Practices attorney from Manhattan, New York. It appears the prevalence of corruption has entirely warped the political and economic agenda of President Weah.

Analysts working at the U.S. State Department argue that one of the most effective ways to reduce corruption in Liberia is targeting transactions related to natural resources extraction and 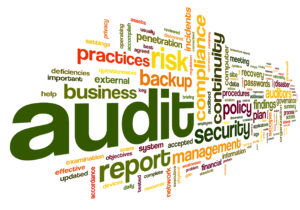 Audit and compliance in word tag cloud on whitedeveloping technology to monitor operations.

Until President Weah solves this unashamed crime, many Liberians believe a dark cloud has descended on his administration and will forestall all plans for development.