When voters cast their ballots for political predators and economic vultures, they self-crucify themselves and bear the excruciating pain thereafter. Such is the case with Liberians, especially eligible voters. Can any Liberian-owned hotel be given even 1-year tax holiday in Lebanon even after investing US$20 million? Can any Liberian construction company get even US$1 million contract to pave a 1-mile interior road in Lebanon? Can a Liberian businessman be given the leverage to import even toothbrushes to Lebanon? Liberia has become a mafia state under Nobel Laureate EJS.

Liberia is now a sweet land of liberty for foreigners and a bitter land of misery for citizens. The irony is that Liberians have become foreigners in Liberia while foreigners have become Liberians. Is this the promise that was made by our founding fathers during independence? What a promise betrayed. How long will our people serve as store boys and casual laborers to them? Can we reclaim our pride and dignity as a nation and untie ourselves from this vexing economic bondage?

Yesterday when Lebanese Businessman George Haddad had monopoly to import major commodities and supply government with vehicles under ex-President Charles G. Taylor, Madam Ellen Johnson-Sirleaf was very vocal against a foreigner having such leverage and said on one occasion “Never will a Lebanese businessman have such power under my watch.” I wonder what is happening now under Madam President. A famous Spanish philosopher George Santayana once said “Those who fail to read history are bound to repeat it.”

Today, Abi Jaoudi is even more powerful under President Ellen Johnson-Sirleaf than George Haddad was under ex-President Charles Taylor. Beyond every speck of doubt, Liberia has become Abi Jaoudi’s gold mine where he has a lot of leverage ranging from monopoly to whopping tax incentive. He digs our gold without paying a dime in taxes and nobody, including our lawmakers, checkmates him. The promises some of these egoistic leaders made to Liberians during campaign are inversely proportional to what we now see.

He owns GBK Motors, a private company where our government purchases its vehicles. His company also maintains and repairs these vehicles. Abi Jaoudi has some of our nation’s largest supermarkets, restaurants, resorts, casinos, hotels, factories, stores, frozen food enterprises and warehouses. In fact, the National Port Authority is renting some of his warehouses at the Freeport of Monrovia. Abi Jaoudi was contracted recently to supply crush-rocks for the rehabilitation of Mount Coffee Hydropower Plant. Can you imagine this? This same Abi Jaoudi is now fronting to proliferate gambling and have exclusive control over this industry.

What is even disgusting is that the Executive Branch of our government is unthinkably, unreasonably and unpatriotically seeking to secure a whopping 30-year tax holiday for his newly-established Farmington Hotel even though no Liberian-owned hotel has ever received even 6-months tax holiday. In pretense to justify this unreasonable tax break, Abi Jaoudi initially hired 180 workers. After 2 months, 40 out of 180 employees/contractors were downsized for no genuine reason(s). As I learned from an inside source, no local beverage is even sold at Farmington Hotel besides Heineken and Wine.

Why give 30-years tax break when a bedroom at Farmington Hotel costs US$250 minimum? This means that Lebanese businessman Abi Jaoudi is bagging a total US$41,000.00 from his 164-bedroom Farmington Hotel per day if all rooms are occupied. In a period of 12 months, Abi Jaoudi would generate over US$14.9 million while enjoying a 30-year tax break. In a period of 30 years, he would raise US$4.4 billion even though only US$20 million was used to build this hotel. His profit margin would be US$4.2 billion. What does Liberia stand to benefit?

Leasing land and limited access to electricity due to the location of the hotel are all flimsy justifications and watery arguments to award such a whopping tax incentive. Why not a Liberian-owned hotel too? Is Farmington Hotel free of charge? Why give such tax incentive to a foreign business when this hotel is ideally situated at our International Airport? Will our airport not be developed in the next 10 years to receive more flights and guests which could have an upward impact on the hotel’s revenue? So, wouldn’t Liberia have access to stabled electricity in 30 years with its population increasing at a 2.5% growth rate? A Liberian child born today will be 30-year-old before this bogus agreement ends, if it is ever passed into law. This decision undermines our 1975 Liberianization Policy and violates Part V Section 46 and Section 45.1 of our PPCC Law.

Too sad that a group of 34 out of 38 self-seeking representatives in session voted in favor of this 30-year tax holiday. Representatives and Senators who are supporting such bogus and unpatriotic agreement will pay for their action. The Liberian people will pay them at the polls on October 10, 2017. We are grateful to the House of Senate especially Senator Nyonblee Karnga-Lawrence, Senator George M. Weah, Senator Jonathan Kaipay, Senator Geraldine Doe-Sheriff and Senator Oscar Cooper (The People’s General), for conspicuously rejecting such a BAD DEAL. We have been informed by a well-positioned source that the first family is allegedly linked to these investments. But one thing I know is that there will always be room for the next government to thoroughly review some of these shady deals.

What is happening in Liberia now can never be done in Ghana, Senegal, Ivory Coast, South Africa, Rwanda, Zimbabwe, Guinea or even Sierra Leone. For instance, Ghana revised its investment laws to ensure more protection for Ghanaian entrepreneurs and businesses in 2013. What is wrong with Liberia? The monopoly Abi Jaoudi has is rendering dozens of Liberian-owned businesses vulnerable and dead especially in the midst of high tax imposition and hyper-inflation. Why prefer foreign businesses over local ones? There must be a motive to drive such an anti-Liberianization agenda.

I thought President Sirleaf made these solemn promises in 2006 and 2011:
1. To promote a healthy economy in which Liberians can prosper by taking control of the economy (2006).
2. To create social and economic opportunities that will restore our people’s dignity and self-worth (2006).
3. To ensure Liberian businesses have increased access to finance (2011).
4. To ensure no fewer than 20,000 jobs every year (2011).
5. To ensure double-digit growth to address poverty (2011).
Was our President really sincere about fulfilling these promises. The prevailing reality and current condition of Liberians would better inform your judgment to find the most appropriate response to this question.

Not in a too distance future if this provoking trend is not halted, George E. Abi Jaoudi could ask for the price of Liberia. Liberians must stand up against this vicious conspiracy engineered through corporatocracy and kleptocracy. We call on all Presidential and Representative Aspirants to speak out and stand up for the people. Can we for once unite as Liberians against this unpatriotic syndrome? We must put an end to Abi Jaoudi’s control and foreign dominance. It is time to reclaim our economy. It starts with every Liberian. LIBERIA FIRST above all else must be our new national motto. DEEDS, NOT WORDS. Wake-up Liberians and vehemently march into history to take charge of your own destiny. The time is now! Let Patriotism and Nationalism Lead.

With all these agreements and investments, the livelihood of over 81.86% of Liberians remains terribly appalling. Liberians are at war with poverty after 170 years on a journey to nowhere. Who are those benefiting from these multi-million dividends? The poor or the rich? The have or the have-not? I am going to bed with tears in my eyes tonight. From the largest slum of West Point and the top of Ducor, I see a NEW LIBERIA rising above the African Continent. In this NEW LIBERIA, every Liberian will have an opportunity to share in the wealth of Liberia regardless of ethnicity, religion, status and affiliation. 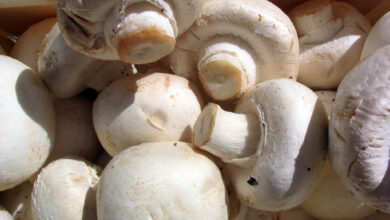