Liberia is Africa’s oldest republic. It is a country in West Africa, bordering Sierra Leone, Guinea and Côte d’Ivoire. On the Atlantic coast, the capital city of Monrovia is home to the Liberia National Museum, with its exhibits on national culture and history. Around Monrovia are palm-lined beaches like Silver. Along the coast, beach towns include the port of Buchanan, as well as laid-back Robertsport, known for its strong surf.
Capital: Monrovia
President: Ellen Johnson Sirleaf
Population: 4.614 million (2016) World Bank
Currency: Liberian dollar
Official language: English

Over the years and since independence in 1846, it has been dogged by bad governance and greed, mostly by male presidents. So, when Ellen Johnson Sirleaf, Africa’s first democratically elected head of state became president much was expected but most international and local observers say nothing has changed. And in fact, corruption and greed became a sub culture. Despite these problems, some aggressive paid international public relation firms continue to brand the tumultuous regime of President Sirleaf as a “success story.”

To her credit, she inherited a country from a brutal civil conflict, one in which she was a factor and a major contributor before becoming president in 2007. Since her rule which is marred by allegations of widespread and systemic corruption, nepotism, bad governance, political witch-hunt and social stratification, Liberia has experienced relative peace in terms of the absence of war and the domineering of warlords into Liberian politics. But there is another war that is worse than a military engagement: poverty, disease and unemployment that result from inefficiency, greed and corruption. 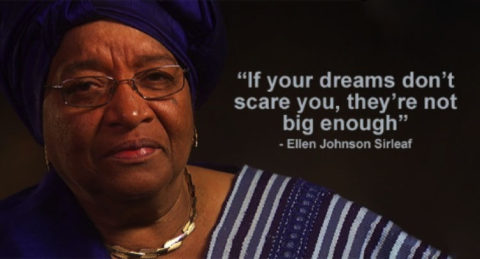 The fact that President Sirleaf was unable to deliver on these key economic and social indicators suggest failure on her part as a leader, especially in the areas of job creation. Africa’s and perhaps Liberia’s foremost job creation expert, Jones Nhinson Williams, says “African leaders do not understand the mechanics of governance because to succeed as a leader one must ensure that labor is primary and foremost.” This, he says, is “lacking” in the way they lead.

Speaking recently in Washington, DC to a group of public policy experts, Williams who works as State Administrator of the U.S. Bureau of Labor Statistics programs in the state of Maryland says until African legislatures begin to get expose to formulating real polices rather than making noise, the future for liberal and market-based economic prosperity for their people is bleak.

This warning comes at a time when a new global report http://institute.global/news/jobs-gap says Africa faces a shortfall of 50 million jobs by 2040. The report, authored by Tony Blair’s Institute, is not rosy for the continent of a billion people.

The Blair’s institute report says parts of Africa could see a massive unemployment crisis by 2040, with “catastrophic” consequences for the overall global economy. The report highlights some African nations, including Liberia, Kenya, Nigeria, Malawi, Ghana as states with great economic potential but have not been transformed to generate growth that could improve the lives of their people.

In Liberia, economic hardship is already ravaging the nation, with a budget shortfall of US$50 million dollars plus. Another setback for Liberia and one that concerns some in the international community are illicit drugs and money laundry.

According to the US Central Intelligence Agency, Liberia under President Ellen Johnson’s regime has become a transshipment point for Southeast and Southwest Asian heroin and South American cocaine for the European and US markets; corruption, criminal activity, arms-dealing, and diamond trade provide significant potential for money laundering, but the lack of well-developed financial system limits the country’s utility as a major money-laundering center.

Despite these, there is some degree of hope for Liberians, with the expected presidential and legislative elections scheduled for October 10, 2017, Liberians see and have a good reason for change. The United Nations Security Council has called on all stakeholders including international partners to ensure that the impending legislative and presidential elections in Liberia are free, fair, credible, and transparent.

The big question is: Has Africa’s first democratically elected woman president, Ellen Johnson Sirleaf, changed or improved her country as expected when she became president in 2007? Make your comments below. Besides, an upcoming survey and poll is scheduled on Globe Afrique in subsequent weeks to ascertain the views of people on this question.