New York—watchdog institutions and media organizations as well as journalists in Africa, especially Liberia, have problems and difficulties holding accountable public institutions, groups, and individuals engaged in unwholesome acts such as corruption that negatively affect communities and vulnerable populations when they do not have the backing of the judiciary. More so, when the judiciary is used to sabotage, harass, intimidate and maliciously abuse watchdog groups, whistleblowers and journalists for doing their work and performing their solemn duties, all hopes are dashed.This is why Liberia is a sick nation, drained by widespread, organized and official corruption. Also, as journalists, media houses, civil society groups, and even the very Liberian government constitutionally mandated corruption watchdog agency (The Liberia’s Anti-Corruption Commission –LACC) attempt to pursue and bring to light the perpetrators of these public thefts, it seems they have no friend in the judiciary, mainly at the lower level of the judicial system.

Globe Afrique has learned that Tony Lawal, a Nigerian allegedly with a violent past and a history of arranging assassination attempts on Liberian business people that he sees as competitors to his dubious construction business, not in Nigeria but Liberia, is now passing through the lower courts and certain judges with whom he has a special relationship in the judiciary to intimidate, harass and shut down multiple journalists and the Liberia Anti-Corruption Commission, a government agency charged with investigating and prosecuting corruption.

According to Globe Afrique’s research, Lawal, an ex-Nigerian ECOMOG peacekeeping soldier in Liberia, has used the lower courts in Liberia for some time in threatening journalists and others, and in many of those cases, he seems to have a particular judge, His Honor Judge Yusuf Kabba, assigned to his frivolous lawsuits in which he always comes out victorious.

Considering what Lawal does in Liberia and his character as well as his connection and shady deals in which he exploits Liberian taxpayers, it would leave anyone to wonder as to why this guy is so sophisticated in manipulating almost every branch of the Liberian government? 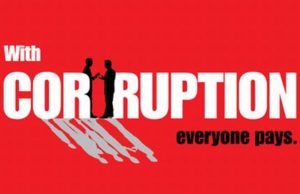 Lawal’s latest secret approach to his contacts in the lower courts in the Liberian judiciary has allegedly led to a summon being filed by a certain Criminal Court at the Temple of Justice, ordering the LACC and a renowned Liberian journalist, Joel Cholo Brooks, managing editor of GNN Liberia and the West Africa bureau chief of Globe Afrique, and supposedly a Liberian social media talk show host allegedly believe to be one Christian Nelson based in the United States. The social media talk show host is believed to have posted an article on his social media page and also talked about Lawal’s corrupt deeds in Liberia as investigated by the LACC.

The issue here is, it is not that Lawal does not have a right to legal redress and process in Liberia. What matters is the fact that this guy has a reputation that is dubious in addition to being a nuance in the country. He is carrying out acts that he would not even attempt in his country, Nigeria.  So, why is the Liberian government, and in particular, the Sirleaf’s administration permitting such abuse and mockery of the country from this guy?

In any instance, if it is a Judge Yusu Kabba as alleged or another judge, it is important that they try to keep the integrity of the Liberian judiciary intact and also protect Liberia’s image from being seen as a country where any con artist can do things that they would not attempt to do in their own country. In fact, the alleged judge whose court sent out the “summon,” whether it is Yusuf Kabba or not, should ask him or herself a question in the mirror.  Could they do in Nigeria or another African country what Lawal does in Liberia?

When the Liberian judicial system gives undue credence to foreigners who exploit Liberians and Liberia’s resources such advantages, it does send an ugly picture, not just for the Liberian government, it makes Liberia looks like an animal farm. Imagine if Tony Lawal was a Liberian citizen living in Nigeria.  Would he even get a state or federal government’s road construction contract in Nigeria worth a dollar?  Absolutely not.

Besides, would he even plot the assassination of, or be accused of shooting at Nigerian business people with the intent of getting them out of the way so that he can get all of the government’s construction contracts? Absolutely not.  So why is Lawal, a non-Liberian, so bold to do in Liberia what a Liberian would not be able to do in Nigeria?  Liberians need to develop a sense of patriotism and love for themselves and their country.  And members of the judiciary are no exception in this regard.

So far, the Liberian judiciary, especially the Supreme Court, has exhibited a relatively excellent and respectable track record. Let not some members of the lower courts taint that image of the Liberian judiciary for little or nothing.  The LACC has been unable to do its jobs because of these kinds of undue interferences from various sectors of the Liberian government.  Whoever this judge is that is siding with Lawal, be mindful that your reputation is online and they too will are subject to media scrutiny in open forums. After all, that is the true nature of democracy.

Instead of Lawal being investigated by the LACC and answering questions from members of the Press Union of Liberia and other journalists, he is manipulating some in the judiciary to give an ugly image to Liberia as a corrupt nation where anyone from anywhere can do whatever he or she likes and walks free as he does today.

The alleged bogus summon from the lower court to the LACC just shows and provides a reason why corruption is so endemic and widespread in Liberia. The very judge or any judge that issues such summon should be ashamed of themselves for several reasons, including the mere fact that there is so much poverty throughout Liberia and yet a foreigner can manipulate the system to gain millions of dollars in unfulfilled government’s contracts without doing a damn thing.  Why couldn’t these construction contracts be given to local Liberian firms?  How does Liberia create jobs when contracts are awarded to foreigners with no intent of developing or helping the country?  If Lawal was an investor coming with his personal resources that would be a different game. But he is not.  All he does is manipulate unpatriotic and greedy Liberian elected and appointed officials to milk millions of dollars from the country at will.  And unfortunately, he seems to be aided by shortsighted Liberians in all three branches of government.  What a shame!

Lawal’s bogus construction companies in Liberia have received about $18 million dollars in government contracts to build or renovate roads and yet nothing to show.   Attempts to expose him have receive obstacles from his Liberian benefactors in high places.  These acts must be exposed because the future of Liberian children is not only at stake, it is bleak, at best.  Besides, Liberia needs investors, not individuals who will come to dupe the country.  Certainly, Lawal is not an investor.