With assistance from the International Organization for Migration (IOM) hundreds of African migrants have been deported voluntarily from Libya on a frequent basis.

The Libyan immigration department also said all deported immigrants always return home with the assistance of the International Organization for Migration (IOM).

Sources say Libya is a preferred point of departure for sub-Sahara African immigrants with intent and interest to cross the Mediterranean Sea to reach Europe.

According to internal sources questioning immigrants. Most are fleeing their homelands due to the insecurity and chaos as well as unemployment and poverty.

Also, the rise of Islamic terrorists’ attacks and the gradual spread of local radicalism by groups like Boko Haram and the Al Qaeda affiliate – the AQIM -in northern Mali are some of main reasons many are leaving.

According to recent IOM’s estimates, thousands of migrants have already reached European shores in 2017 so far, while many others have drowned on the way. 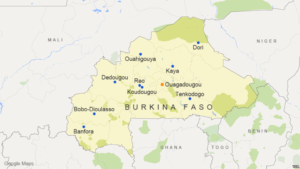