Over the past several weeks, loyal subscribers to Globe Afrique have seen articles and investigations narrating the arrest and prosecution of violators of the United States’ Foreign Corrupt Practices Act (FCPA). While the FCPA holds substantive and prosecutorial authorizations, agents for foreign governments are circumventing their unsavoury behaviours by using a procedural statute known as FARA.

Below are few of the reported cases involving individuals who have erred in the FCPA.

FARA is a bizarre 1938 U.S. statute or law that is organized under 22 United States Code sub-sections 611-621 as a response to worries elevated by a special U.S. congressional committee over a large number of Nazi and Communist propagandists that were active in the United States at the time. We at Globe Afrique are raising similar concerns in Liberia due to the number of U.S. citizen propagandists meddling in Liberia’s elections. Notably, after the U.S. Congressional Committee on Africa warned of outsiders getting involved in Liberia’s election. 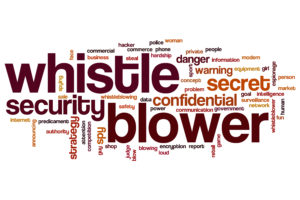 to Liberians. Hence, Globe Afrique is calling on the U.S. Government to ask its citizens to identify their specific purpose, the amount they are being paid, and their involvement in Liberia’s election.

We at Globe Afrique understand that while FARA does not prohibit particular activities in its abstract – it’s important that U.S. citizens reveal their activities in Liberia. Merely Registering as a foreign agent does not give foreign agents a license to interfere in Liberia’s elections. Moreover, international agents engaged in paying bribes disguised as campaign donations without full disclosures are violating FCPA – far different from FARA!