The political stalemate that baited the military into seizing state power in the Republic of Mali is no longer a significant debate or has disappeared amongst the civilian population. Sadly, the army that everybody thought would right the wrongs and restore law and order in that sisterly state is unwittingly becoming the anarchists.

All cynicism aside, the situation in Mali is not new and does not come as a surprise to most Africans, especially those of us who live in Nigeria, Ghana, Cote D’Ivoire, and painfully Liberia.

We have seen men in uniforms becoming lords and gospels unto themselves immediately upon taking state power. Incredibly, the argument is and has always been the military is not interested in politics. Still, the truth is, this has been the same mantra—  same tons of excuses, same justifications, same antics, same blah blah cleverly masked under an evil agenda to shed uniforms and hold onto power when the dust settles. The military in Mali is not going anywhere or will not easily relinquish power until it is brought to its knees either by punitive sanctions or military action, which is the only language they seem to understand.

The situation in Mali, as it was in most of Africa, especially Benin, Burkina Faso, and  Liberia, can be likened to “ jumping out of  a frying pan into the fire, or from sinking sand into a river.” The military coup in Africa or anywhere is not and can never be a form of redemption or a substitute to democracy; it is but complete and irreparable damage to the core values of democracy, specifically freedoms of expression, assembly, and free movement.

Sadly, the world is watching in silence, and in the full glare of everyone, democracy in Mali is in a “frying pan or is on a sinking sand” with the incredulous commitment of the military to relinquish power within a specified period. Still, in truth, the army is looking for a way out of the deafening noise of being seen and treated as a gang of  “political demagogues” only good to be led.

The danger is if we, as defenders of constitutional order and democracy, allow the military to settle down and remain in power; if we see the coup as an internal political issue only confined to  Mali,   or play blind eyes or secretly deal with the coup leaders as it now seems,  with alacrity in the face but with reluctance in mind in taking a  rather firm and decisive action that will destabilize and wreak its grip on power,  such behavior will inarguably embolden others to follow their bad example.

All platitudes aside, democracy is and may not be a perfect form of government. There’s compelling evidence to prove that thousands, if not millions have fled or have  been fleeing their homes in the aftermath of  hotly contested elections. Still, in truth, democracy is irreparable to any form of government whatsoever!  Mali must learn and endure the challenges of democracy because, in the words of Sir Winston Churchill, “Jaw, jaw is better than war, war!”

Strangely, Mali is rapidly becoming, or to aptly put it is a bad example for people seeking state power.  And this is why ECOWAS and the international community must, in defense of democracy and constitutional order, openly and unequivocally confront head-on the military leadership and demand its immediate and unconditional relinquish of state power to a civilian government.  Perhaps, the military coup was everything of a  redemption Mali Wanted until It Wasn’t. 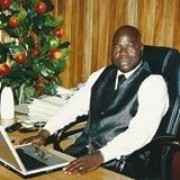