COMMON SENSE LAND – Sister Melissa, a caring Catholic nun and Christian Doctrine teacher at my Catholic high school (St. Dominic’s in Bomi Hills) once said to me and a group of misbehaved students “When you do the right thing it is not just the angels in Heaven that will rejoice, even the Devil in hell will be weak to criticize you.”   Liberia’s President George Manneh Weah recent nomination of Ms. Jeanine Cooper as Minister of Agriculture is applauded across all sections of the Liberian political and ideological divide such that even many of the President’s staunch critics and political rivals are disarmed and weak in mounting any reasonable, common sense criticisms.

Agriculture minister-designate Cooper is not just an educated and well-disciplined professional, she is innovative, experienced, visionary and brings tremendous credibility, both professionally and in character.  Besides, she is fundamentally tested and has a proven track record of real and genuine accomplishments.  I don’t know her that well in person, but she and I have a mutual social friend, a former U.S. ambassador to the African continent.

After news of her appointment broke out, few well-regarded foreign nationals and friends called me for a usual chat on Africa, and almost every one of them told me they thought President Weah is preparing to head for the right direction in governance.   I strongly share their perspectives that His Excellency George Manneh Weah could become one of Liberia’s great presidents if he changes gear and presses the restart button-through tangible, realistic policies, programs, and actions.

Mr. President, Liberia has what it takes to move forward without reliance on donor support and development assistance.  And being president of a nation does not require having a degree in neuro-surgery or astrophysics.  Apart from the normal constitutional requirements, being president requires more or less one crucial thing: Common Sense.  In public philosophy, we called that “Wisdom.”   Like me, many, if not all, Liberians believe you are a man with common sense — all we want to see is how and when will you put that to maximum use.  The appointment of Jeanine Cooper is one clear demonstration to us all.  Our desire is you should continue that and even go beyond what you have just done.

Mr. President, now that you have been commended for making a good appointment, below are a few of my layman suggestions to move your government forward and restore international confidence and Liberians’ trust in you:

Last but not least, Mr. President, please work with all Liberians, including those who criticized you in the past and after you became president of Liberia.  As president, you are the leader of all Liberians. You should have no enemies.  Reach out to the opposition because by doing so, you weaken them while elevating your status and advancing your goals for Liberia’s prosperity by which you will leave a transformative legacy behind.  Mind you; no leader is adored and respected for the wealth and assets they left behind; leaders who are adored and admired are those who energize their people with vision, collective action, and collective prosperity.  These include but not limited to Thomas Sankara, Nelson Mandela, Julius Nyerere, amongst others.  You can do it!  No one should deceive you that certain Liberians hate you.  All Liberians love you because you are their president and want you to succeed because when you succeed, Liberia will do better, and all Liberians will benefit.  But their love for you is no authorization for you to do anything contrary to good governance.

The choice and appointment of Jeanine Cooper as an agriculture minister is a clear demonstration that you can still inspire international confidence and Liberians to trust and believe in you. What is left is for you to do more by listening and taking concrete actions that benefit the country and all Liberians.

J.N. Williams is a Catholic educated public philosopher and a U. S. trained public policy and institutional governance professional with strong expertise in job creation policy, workforce development analysis, strategic management, and socio-economic growth and development. He can be reached at jnw5050@gmail.com. 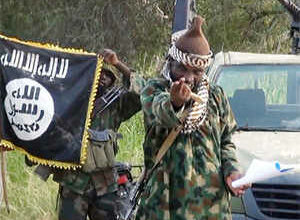 Does it really matter what President Weah religion is?
February 20, 2020

The Moral Devastation of the Continued Occupation in the Middle East
February 20, 2020

Is First Lady Clar Weah a Philanthropist or an Opportunist?
February 20, 2020