Madam Cooper, who is a well-respected Liberian internationalist, politician, philanthropist, businesswoman, women’s rights advocate, humanitarian, and mother, named the organization as the “Movement for One Liberia.”

According to Madam Cooper, the tagline and motto of the organization read as: “In Union, Success is Sure.”

“You know what I find very powerful: the “union” and “one Liberia” concepts. When I see this, it does refer to both women and men. Still, it also refers to the “have nots,” to all the minorities and communities that are under-represented, mistreated or forgotten – persons with disabilities, people who live in slums, in remote, poor, rural areas, religious minorities that are despised just because they don’t belong to the majority creed, the people that have a different sexual orientation, the ethnic groups that are denigrated for whatever “historical” reasons, the persons with disabilities… And, importantly, it also refers to the good people from the “majority,” the middle class, the Christians, the heterosexuals, the valid and healthy people, all the people that don’t suffer too much from any kind of discrimination, i.e., the right people from Liberia that want to get together regardless of “background,” gender, “origin,” the people who don’t consider your ethnic, gender, social or whatever “pedigree” before they talk to you…  because what matters now is to build a future for the country, for all its people, for its youth and the next generation, “Madam Cooper said.

According to Madam Cooper, there is a need to foster genuine reconciliation in Liberia, and the way to begin the process is to talk about reconciliation nationwide.

Madam Cooper said all Liberians need to begin working together, being together, marrying each other, sharing ideas and projects, and building together something that matters to all of us.”

According to the Foundation’s website, the institution works “toward educating and developing Africa’s most vulnerable populations (i.e., women, orphaned children, and abandoned youth).”

Madam Cooper is also dedicated to job creation, providing affordable and accessible healthcare to all Liberians, and developing the skills of young Liberians in STEM (science, technology, engineering, and math) education. 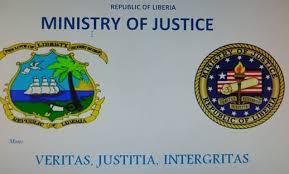 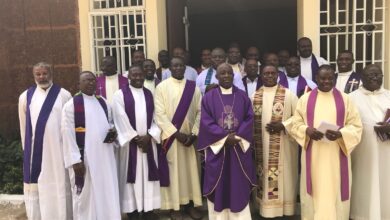