Kano, Nigeria, (Globe Afrique) – A court in Nigeria’s closer town has thrown out a suit brought by a prominent pro-Iranian Shiite cleric against the military for human rights violations, lawyers in the case told AFP Friday.

Ibrahim Zakzaky was seeking two billion naira ($5.6 million) in damages over clashes with troops in 2015 that left some 350 of his followers dead in the northern city of Zaria.

Sources say the cleric himself was injured and his been in custody ever since. Three of his children were killed and his house was destroyed. 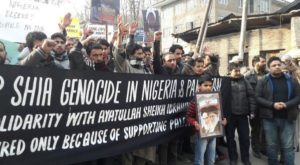 Representing the military, Lawyer Dari Bayar said the case in Kano was struck out for abuse of process, “as the same suit was determined by another federal high court in Abuja”.

“The court said the plaintiff (Zakzaky) cannot sue in piecemeal on the same issue at different courts but should consolidate their case in one court,” he added.

But Zakzaky’s lawyer, Haruna Magadha, argued the two cases were fundamentally different and they were studying the judgment before deciding whether to appeal.

“The case before the Abuja federal high court pertains to illegal detention without trial of my client by the DSS (Department of State Services),” he said.

“This particular one is about enforcement of human rights, which by law can only be filed at a court within whose jurisdiction the crime was committed.” 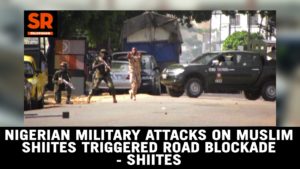 Zakzaky, who leads the Islamic Movement of Nigeria (IMN), has spent nearly 18 months in custody since the clashes on December 14, 2015.

A public inquiry in Kaduna state was told in April last year that nearly 350 IMN supporters were buried in a mass grave, backing up similar claims from human rights groups.

Zakzaky was shot and injured, leaving him partly paralyzed and blind in one eye.

Nigeria’s military has rejected the death toll and claim they are holding the cleric in “protective custody”.

Last December, an Abuja court called the detention of Zakzaky and his followers illegal and unconstitutional and imposed a 45-day deadline for their release.

The government appealed the judgement.

Meanwhile, 100 IMN members who were arrested during the unrest in 2015 are standing trial for the alleged murder of a soldier killed in the violence.

IMN, which seeks to effect an Iranian-style Islamic revolution in the country’s Sunni Muslim-majority north, has been in conflict with the Nigerian government for years.

Zakzaky has periodically been imprisoned for alleged incitement and subversion.