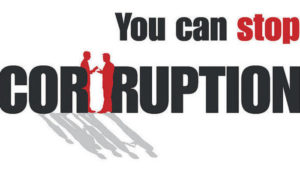 We present our compliments and wish to commend you for your enormous achievements since you assumed the leadership of our country on January 22, 2018.

Mr. President your ascendancy to the nation’s highest office has restored the hopes of majority citizens of our country who believe in your ability to change the trend to which our country has degenerated because of entrenched corruption.

We are aware of the damaging effect corruption has caused our country since its independence in 1847, coupled with the lack of political will by past administrations to curtail this menace, and we strongly believe that you will for once redeem the people of Liberia from the shackles rampant corruption.

Having said this, we wish to bring to attention a pre-financing agreement entered by the administration of former President Ellen Johnson Sirleaf and lowly performed Chinese owned company East International Group for the construction of thirty community roads in Montserrado County and Clay to DC Clark in Bomi County. It will interest you to know Mr. President that East International has poorly performed on previous government contracts awarded to it specifically the Redemption Road BTC, Thinkers Village Road, Smythe Road, and the Gaye Town Road etc. yet this company was handpicked in gross violation of the Procurement Law of Liberia to undertake or implement the pre-financing agreement. Since the ratification of the agreement by the National Legislature in August 2017, nothing has been seen or heard about a single community road being worked on in Montserrado County.

It is our understanding Mr. President that the former Minister of Public Works, William Gyude Moore masterminded the contract in favor of East International. No sound engineer or administrator will allow a company like East International to pre-finance a construction that cost US$59.5M when in fact this company has not constructed any road that cost more than US$3M.

Mr. President, the construction of the roads in Montserrado County will boost the Pro-Poor agenda of your government because bulk of the roads are in communities where poverty is evidenced, therefore, we are requesting you as the People’s Leader to launch an investigation into the circumstances that led to the delay in starting any of the roads. East International lacks the financial capacity to undertake the pre-financing agreement single handedly because the banks are skeptical of doing business with them and secondly, they have not done any road outside of Liberia in their capacity as a foreign company a situation the banks are seriously questioning.

Mr. President the people of Montserrado County are in dying need of these roads and the best solution in our mind is to revisit the pre-financing agreement and allow competent Liberian owned companies to collaborate their efforts to construct the roads and bring relief to our people. Let the US$59.5M be broken down between East International on one hand and the selected Liberian Companies on the other, this will accelerate the pace of the construction work.

It is our anticipation Mr. President that you will ensure that Liberian Construction Companies are not treated as spectators in the infrastructure development of their motherland in favor of foreigners who have continuously underperformed in previous contracts awarded to them. East International in an inherent failure but continues to gain favor due to entrenched corruption that has overtime destroyed the fabric of our country.