Political disintegration is plaguing Liberia as outgoing president Ellen Johnson Sirleaf is bent on destabilizing the country’s electoral process. Globe Afrique’s ongoing research and factfinding revealed that the outgoing Liberian leader, who has a history of manufacturing political and economic crisis while manipulating people, fears being succeeded by a principled, educated and experienced Liberian presidential candidate that would, perhaps, focus on auditing the country’s finances and expenditures for the past 12 years as well as resuming issues related to the findings of the country’s Truth and Reconciliation Commission in which she was implicated as a mastermind of the Liberian civil conflict. 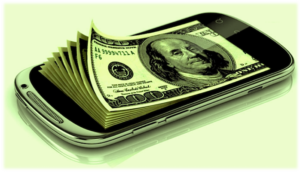 The president, who appointed her adult children to profitable positions in government, also runs many lucrative businesses outside of government in Liberia, using funds from the country’s national budget. Her family members allegedly took over and now own several private business institutions in the country.

Some of these businesses include the International Bank (a financial institution previously used by the country’s maritime operations) which according to one of its executives made a profit of $50 million United States dollars in 2015, and Novafone, a struggling or failed cellular phone company that she wanted purchase by the Liberian government for millions of United States dollars. The president and her family also have stakes in hotels, petroleum businesses, an insurance company, general trading, import and export, as well as construction and related contracts according to ongoing allegations and investigations.

Initial research’s results revealed that the president’s all-powerful son Robert Sirleaf, who has served in numerous government’s positions during her reign, including as senior economic advisor to the president, ambassador -at-large, commercial attaché to the European Union and the Middle East and as head of the government-run failed National Oil Company of Liberia (NACOL) where over $300 million United States dollars were squandered and unaccounted for, has prevailed on his mother to ensure that she primarily opposes the candidacy of her current vice president Joseph Nyumah Boakai of the governing Unity Party, and makes sure Alexander Cummings of the Alternative National Congress, Charles Brumskine of the Liberty Party, Benoni Urey of the All Liberian People party, and Dr. Mills Jones of the Movement for Economic Empowerment, all of whom are considered as relevant and highly educated candidates are denied the Liberian presidency.

In addition, the outgoing Liberian leader fears facing the recommendations resulting from the conclusions of the country’s Truth and Reconciliation Commission which called for prosecution of individuals who bear the most responsibilities for the Liberian conflict which killed more than 250,000 people.

Well-grounded accusation paints President Sirleaf as the main agent that raised funds and organized the National Patriotic Front of Liberia (NPFL) rebel group as well as engineered the purported ‘escape’ of Charles Taylor from US prison in the late 1980s to wage war on Liberia.

On the other hand, Globe Afrique has also learned that the outgoing Liberian president also fears the impact of her role in effecting the arrest of the ex-Liberian warlord and president, Charles Taylor, who is currently jailed in the UK. Taylor is said to have a huge following and financial capacity both in and outside of Liberia.

Fearing that not making an amend with Taylor would leave her (President Sirleaf) vulnerable in many ways after her presidency, especially with matters involving the findings of the truth and reconciliation’s investigations as well as a backlash from die-hard supporters of Taylor who perceived the outgoing president as a betrayal of her once political-military stooge.

According to inside sources, President Sirleaf has reached a deal with the jailed former Liberian leader, Charles Taylor, emphasizing that she would be able to help in facilitating his release from prison by supporting a political platform that she (Sirleaf) would be able to control as a former head of state of influence and that would also be friendlier to both she and Taylor.

President Sirleaf, according to our sources, believes her current vice president is independent and principled minded in addition to being surrounded by Liberian activists and others she (President Sirleaf) sees as her political foes. The president personally detests the vice president’s cozy relationship with civil rights lawyer Tawon Gongloe, renowned Liberian international human rights lawyer, Samuel Kofi Woods, and Attorney Jerome Verdier, a former chairman of the country’s Truth and Reconciliation Commission.

Apart from chasing Attorney Verdier out of Liberia and smearing his reputation, Globe Afrique has learned that agents of the Sirleaf’s administration have made several unsuccessful assassination attempts on his life. Others chased out of Liberia include veteran Liberian female journalist, Wade Williams, of Frontpage Africa who has penned several provocative and insightful news stories about the Sirleaf’s government, its corruption and money laundry history.

Globe Afrique has also learned that the outgoing Liberian leader was fiercely opposed to the late Harry Greaves’ alleged determination to testify regarding the Liberian conflict and the role played by Madam Ellen Johnson Sirleaf and others including he, Harry Greaves. In furtherance of his desire to provide damaging testimony, Greaves visited the United States where he is said to have met with some top-level investigators. Upon his return to Liberia, Globe Afrique’s ongoing research revealed that he was murdered by paid agents who were allegedly recruited and acted on the instructions of senior level surrogates of the Liberian government security intelligence system.

After Greaves’ murder, the Sirleaf’s administration did everything to skew the investigation of his death and multiple autopsy reports in several instances with faulty government-sponsored autopsy analysis and reports as well as statements from the justice and information ministries. The incident was so indefensible until it led to the forced resignation of then justice minister, Benedict Sannoh, a renowned Liberian legal mind and former human rights attorney who it is alleged resigned his position based on good conscience and the undue interference of the president in the probe.

The outgoing Liberian leader in collaboration with ex-warlord Charles Taylor and the president’s son, Robert Sirleaf, have reached a pact to support the presidential ticket of Taylor’s wife and Senator George Manneh Weah of the Coalition for Democratic Change for 10 October 2017’s presidential election. In the arrangement, Globe Afrique has learned that Taylor (and his associates strongly believe) that the ex-warlord’s wife, Senator Jewel Howard Taylor, will eventually be the president and that would give them power in the country, as knocking Senator Weah out would not be hard a job.

Senator George Manneh Weah, a former Liberian world soccer legend is a good man in his early 50s. However, Taylor and President Sirleaf have a perception of him (Weah) as being semi educated, inexperienced, unsophisticated and would therefore be easy to deal with than her vice President Joseph Nyumah Boakai of the ruling Unity Party, veteran corporate lawyer and former president of the Liberian senate Charles Walker Brumskine of the Liberty Party, former Coca-Cola corporate executive Alexander B. Cummings, Jr., businessman Benoni Urey of the All Liberian Party, former Central Bank of Liberia’s governor, Dr. Joseph mills Jones among others.

In a survey analysis, Globe Afrique has learned that Liberians agreed with the outgoing Liberian leader on her desire to support young Liberian empowerment. However, they also disagreed with the president on the way such empowerment was or has been done over the past decade when she led the country. Several individuals who spoke on condition of anonymity said the president’s upliftment of young people in the country has allegedly been something that fits into the frame of young men who fit Robert Sirleaf’s definition’s empowerment.

One young Liberian civil activist once imprisoned by the Sirleaf’s administration for speaking out against corruption and nepotism told Globe Afrique that being a part of a cult that is traditionally un-Liberian has been the outgoing president’s paradigm in offering many young Liberians lucrative positions in government. Hence, several inexperience and incompetent young men were offered positions in which failure became the result. The civil society and human rights activist said, the president also offered positions to many young and inexperienced individuals simply because she has reasoned, and rightly so, that those young people would not reject her demands of financial and other wrongdoings with respect to the proper functioning of government.

Recently, the outgoing Liberian leader invited the leadership of the National Election Commission of Liberia along with all election magistrates with the intent of manipulating the presidential election. This and many other secret plans and plots have compromise the present electoral body as well as makes it harder to ensure a free and fair election in Liberia. Overall, this exposes the political dishonesty of President Ellen Johnson Sirleaf who ran for president in her late 60s.