The Liberian General election of 2017 is already parading many controversies. From crossing carpet to infightings, electoral activities have been filled with tension as well as surprising, if not mystical occurrences.

However, the person dictating the current electoral climate is no other than the “Maradona” or in modern day attribution, the “Cristiano Ronaldo” of Liberian politics, Madam Ellen Johnson Sirleaf.

President Sirleaf and Senator Sherman were one-time real buddies. When Sherman graduated from the Louis Arthur Grimes School of Law in 1979, he joined the Maxwell and Maxwell law firm in 1980 as an associate, performing duties as a consulting attorney and a trial lawyer.

After his graduation from the Harvard Law School in 1982, he was given additional assignments and was entrusted to represent some of the firm’s biggest corporate clients; notably Citibank, Chase Manhattan Bank, Tradevco Bank among others. While at this firm, it was noticed that President Sirleaf had formed a special friendship with the head of the firm. The friendship between President Sirleaf and this head of the firm where Senator Sherman worked went on until the inception of the war in 1990 when all of them fled.

After the war subsided, then Cllr. Sherman went back to Liberia while the head of this Maxwell and Maxwell law firm stayed in the United States. The agreement was, Cllr. Sherman should revamp the law firm and report to him. After doing that for a while, Cllr. Sherman saw that as a disservice to himself when he had to do all the work while this so-called boss was receiving bulk of the remittances.

He then decided to establish his own firm. After the Sherman and Sherman law firm was founded, Cllr. Sherman took all the valuable clients from that firm over with him. This caused some bad blood between him and his former boss with whom President Sirleaf was closed to, thereby starting a rift between both Sirleaf and Sherman. It is understood that President Sirleaf was been aided by Sherman’s ex-boss while in exile. After Sherman stopped the cash flow, it ultimately triggered disenchantment and heated exchanges between Ellen and Sherman.

For years, Ellen and Sherman could not see eye-to-eye, and after the elections of 2005, Sherman somehow started reversing his stiffness. After peace talks, both parties decided to reconcile and in 2011, they formed a coalition which in earnest, Ellen was only using to gain a second term win. Originally, Varney Sherman was promised a Vice Presidential slot after Ellen ended her term when Joseph Boakai would have become the candidate on the party ticket.

However, the rift between them reignited during the 2014 midterm elections when the Unity Party refused to support the senatorial candidacy of Robert Sirleaf and the Vice President subsequently campaigned for Sherman in Cape Mount. This led to President Sirleaf empowering the former President of NOCAL Dr. Foday Kromah who was also a candidate in Grand Cape Mount County to file a lawsuit about the elections result which led to Sherman missing out on the Senate Pro-Temp position. Fast forward to 2016, Vice President Boakai top pick for a Vice Standard Bearer was Senator Varney Sherman. Since President Sirleaf still harbored some resentment against Senator Sherman, she ignited the Global Witness investigation.

Tyler was included in that investigation because he would have ultimately become chair of the party, and a Sherman-Tyler clique would not have owed any loyalty to Ellen after her term and could have had real influence on Vice President Boakai (Madam President knew that Sherman and Tyler would have been hard to control). Although Tyler had resigned from the Unity Party and founded the LPDP, he had plans to join the Unity Party in a coalition which was going to give him some leverage and chairmanship of the party; Ellen thwarted all those plans with the Global Witness report and setting up of a task force which eventually sent both Sherman and Tyler to court.

The 2017 Ellen play: the Liberty Party and Coalition for Democratic Change scenarios

After the dismantling of the Sherman and Tyler forces, and with the election of Wilmot Paye as chairman of the UP, Madam President still saw that as a threat to her influence; most of Sherman’s young intellectuals he brought over during the merger in 2011 have become the most powerful and influential people in the Unity Party.

In addition, Sherman and Vice President Boakai hold a strong relationship, therefore, Madam President started having reservations about the Boakai candidacy. It was with this thought that she turned her focus toward the Liberty Party. Cllr. Fonati Koffa a former chairman of Liberty Party started working on a deal between the President and the party for her support and the party’s protection of her family when they win. This was how Koffa was appointed as head of the special task on the Global Witness saga.

The earlier negotiations started with a proposal to Vice President Boakai for a Boakai-Brumskine ticket by Madam Sirleaf, which the VP rejected. After that rejection, Madam Sirleaf decided to boost the morale of the Liberty Party by funneling money through the taskforce headed by Cllr. Koffa. Because she did not want this money to be detected, the task force budget was embedded into the National Security Agency’s budget (the NSA can’t be audited).

Three payments of US$250,000.00 each were made through the NSA over the last three months with the intent of the task force operational budget. It was not: it was a means used to clean the money for onward transfer to the Liberty Party by Fonati Koffa. This was how the Liberty Party brought in all those vehicles and bikes with Musa Bility fronting like he made the arrangements for them. Actually, it was taxpayers’ money.

Vice President Boakai could not commit to the protection of her family as his stance was, if they were found culpable of any crime, they will be prosecuted, but he promised to intervene with the party to calm the Country and Congau rhetoric. Since that meeting did not yield the fruit she wanted, Madam President then turned her attention to the Liberty Party once and for all. However, after three surveys were done by Nigerian, UK and an Israeli firm, the President was told that Liberty Party does not have a chance at winning these elections. She was advised that if she wants to partner with any opposition, the Coalition for Democratic Change of George Weah could be the best shot.

At a meeting at the American Embassy some time ago, the President was informed by the Americans that they want a free and fair election; void of any malpractice. This put the president in a position of eliminating any thought of influencing the results in favor of Liberty Party for a second-round spot. Being the smartest Liberian politician she is, President Sirleaf then reached out to the CDC.

Madam President Outreach to the Coalition for Democratic Change is for two reasons: protection of her family from prosecution and Weah’s support to Robert Sirleaf during the special elections for Montserrado for his vacant seat if Weah wins. Since the provisional acceptance of her outreach by Senator Weah and co, the President has instructed all her trusted confidants to choose between the Unity Party and her. This led to the resignation of Eugene Nagbe as Secretary General of the Party and Gbezongar Findley from the party (Nagbe will officially resign from Unity Party soon).

More resignations are expected in coming weeks. In addition, it is being reported that Robert Sirleaf has promised Gazprom, a Russian Oil Company some of Liberia’s oil wells with the election of Weah. This has prompted Gazprom to make some significant commitment to the campaign of Weah through the Sirleafs. The CDC is expected to benefit from choppers and some good sum of money from this arrangement.

Although they are saving face, the Unity Party is in serious disarray. The Party is divided into two factions: the President Sirleaf faction on one hand, and the Vice President Boakai and Varney Sherman faction on the other hand. If the marriage between the Sirleafs and the CDC becomes really successful, we will see unusual defections from the party in the coming weeks. While it is true that politics is about interest, I would like to clearly state in my impartial and independent opinion that the treatment of the Vice President by President Sirleaf is very bad. This was the party that elected you to two terms.

In the meantime, the Coalition for Democratic Change needs to be careful with this marriage with Ellen. Madam President is a political strategist and should not be trusted in a wholesome manner. While Madam President might not influence the election by manipulating the results, she might just influence it by manipulating parties. In our Liberian terms, “Ellen is putting political susu hand all over”.

As the Liberian “House of Cards” series premieres, we are on the sidelines watching. Good luck to all parties involved. 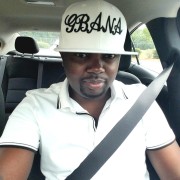 Healthy Foods that Can Harm You, with Guest Dr. Steven Gundry