On October 10, 2017, Liberians will vote in presidential and legislative elections. This election is expected to be one of the most important ballot-casting exercises in the country’s history since its founding in 1847. The presidential election remains crucial because it will determine the fate of a country bruised from internal conflicts, poverty, corruption, and underdevelopment.  Fortunately, a sparkle of hope awaits Liberians if they assent to make the right decision with their voting card.

Out of 22 presidential candidates, there are six genuine, sincere, sober and credible aspirants, they are: Vice President Joseph Boakai of the ruling Unity Party (UP); Counselor Charles Brumskine of the Liberty Party (LP); Senator George Weah of the Coalition for Democratic Change (CDC), Dr. Joseph Mills Jones of the Movement for Economic Empowerment (MOVEE); Businessman Benoni Urey of the All Liberian Party (ALP); and global corporate executive Mr. Alexander Cummings of the Alternative National Congress (ANC). The rest of the unnamed presidential candidates appear to be in search of attention and potential jobs in the next administration.

All six bona fide candidates are remarkable and convey good intentions for Liberia. They appear to be people of good character, integrity, family and strong religious values. But there is something significantly rare and unique about one of the six candidates, Mr. Alexander Cummings.

“The candidate Liberia needs at this pivotal junction”

Mr. Cummings has the essential skills, experiences, and wherewithal to lead Liberia as a corruption-free Commander-in-Chief without succumbing or engaging in theft from the state coffers. This is the candidate Liberia needs at this pivotal junction.  From a review of the presidential candidates, it appears that Liberians will make a grave error if a considerable reflection is not accorded Mr. Cummings in his quest to serve his country and give back to his fellow countrymen and women. 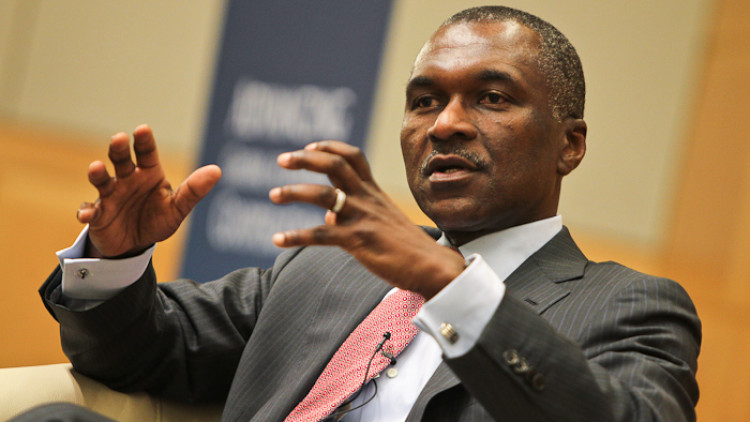 In Luke 4:24, Jesus said, “Truly I tell you, he continued, “No prophet is accepted in his hometown.” The world is watching Liberia very closely because Cummings, a global corporate leader, is making an ultimate sacrifice not for wealth, prestige and comfort, but for love of country and his people.

Although Mr. Cummings comes from a humbled background, it did not define him. He was successful in a global and intellectual arena where Liberians and most West Africans have rarely succeeded.  As Chief Administrative Officer at Coca Cola, a multinational corporation, Mr. Cummings is, perhaps, the greatest corporate success story of any Liberian.

Mr. Cummings is currently involved in politics, but not as a career or traditional life-long Liberian politician. His political experience is accidental and rooted in the belief that his personal success and happiness as a global leader and executive manager are incomplete until his fellow countrymen and women can have access to opportunities equal to what he found.

Walking away from millions of dollars in salaries and benefits, Cummings at 60, voluntarily retired from the Coca-Cola Company in Atlanta, Georgia, USA as Executive Vice President and Chief Administrative Officer on March 31, 2016 after more than 18 years of distinguished service to the Company.

A highly respected leader within the global Coca-Cola system, Cummings joined The Coca-Cola Company in July 1997 as Deputy Regional Manager for Nigeria and quickly advanced to become President of Coca-Cola’s Africa Group in 2001.  He led a period of strong growth in Coca-Cola’s Africa business, overseeing critical investments in marketing and infrastructure across 56 African countries and territories from 2001-2008.

In July 2008, Cummings was named to the position of Chief Administrative Officer to consolidate oversight of key global corporate functions that include Legal, People, Strategic Planning, Information Technology, Strategic Security, Sustainability and Technical.  He also played a key role as an executive sponsor of efforts to imbed productivity throughout the Company, including current efforts to achieve $3 billion in annual cost savings by 2019.

During his time as Coca-Cola Africa’s President, Cummings oversaw the creation of The Coca-Cola Africa Foundation in response to the growth and impact of the HIV/AIDS pandemic.  In 2001, the Foundation established an extensive healthcare program for Coca-Cola workers affected by HIV/AIDS and related conditions across Africa in addition to supporting HIV/AIDS prevention and awareness throughout local communities on the continent.

Because of Cummings’ leadership, today, the Coca-Cola Africa Foundation is the largest regional foundation within Coca-Cola’s global network with a focus on clean water, health education and entrepreneurship.   Since 2001, the foundation has granted more than $100 million to support sustainable communities throughout Africa, including Liberia. 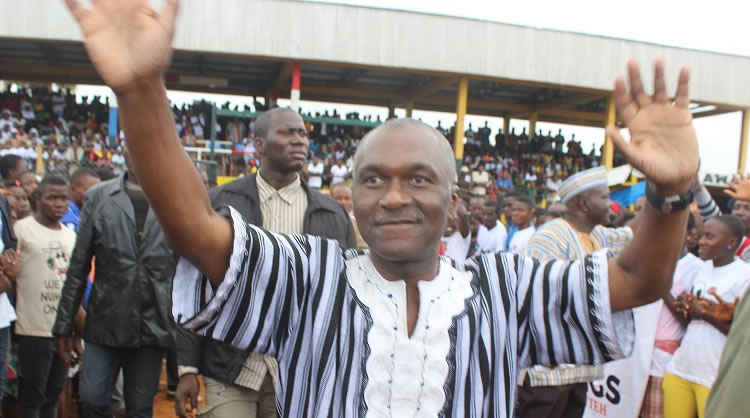 Before joining Coca-Cola, Cummings served in a variety of roles for The Pillsbury Company.

Mr. Cummings currently serves on the boards of, C.A.R.E. and Clark Atlanta University. He is also a board member of S.C. Johnson & Son, Inc. and the Coca-Cola Bottling Co. Consolidated, a publicly traded bottler of The Coca-Cola Company (NASDAQ). He is a member of their Executive Leadership Council.

Prior, he served as a Board Member of the Africa-America Institute, Chevron, Africare, the Corporate Council on Africa, and the U.S.-Egypt Business Council, on the Advisory Board at The African Presidential Archives & Research Center and on the Center for Global Development’s Commission on U.S. Policy toward Low-Income Poorly Performing States (LIPPS).

He also served as an Independent Director of Chevron Corporation from December 10, 2014 until April 27, 2016, and as a Director of the International Bank (Liberia) Limited.

With this resume, resources/wealth, prestige and subtle power and authority, Cummings would have chosen to do what former UN Secretary General Kofi Annan of Ghana did, go and sit comfortably in some developed nation and enjoy life. But unlike Ghana, Liberia needs leadership, and Mr. Cummings is the person Liberia needs at this time. More importantly, unlike the financial shenanigans and bribery schemes plaguing other political parties, Mr. Cummings campaign appears to be corruption and bribery-free.

Even as mean and ugly as politics is and can be, Mr. Cummings presents dignity and has consistently risen above the fray and character assassination common in Liberian politics. He has remained positive, even in the worst settings. He knows that great leaders cannot have a happy and motivated team unless they themselves exhibit a positive attitude.

Coming from the corporate world where personal responsibility and intrinsic work ethics and social values count, Cummings embraces failures and knows how to manage setbacks because he understands that no matter how hard one tries to avoid it, failures will always happen in some respects, but one just needs to know how to deal with it.

As a global corporate leader, Cummings listens and gives feedback. He is skilled at this because he has developed good communication skills over the past decades, a key leadership skill.   Apart from listening and giving feedbacks, Cummings knows how and when to delegate because he knows that no matter how much one might want to, he or she cannot actually do everything.

In his various leadership roles in the global corporate world, Cummings cultivated a tenet of inspiring and growing the people around him because he knows and understands that a good leader develops the skills of those around them.

Who is Alexander Cummings?

The man known as Alexander B. Cummings Jr., the ANC’s standard bearer was born in Liberia’s capital Monrovia to Alexander B. Cummings, Sr., an educator, and Ayo, a midwife, and small business owner. He spent his early years in Monrovia’s deprived Point Four neighborhood before studying at a Monrovia’s Demonstration primary school in Monrovia. His first introduction to business was by his mother, who leveraged him to go door-to-door to collect payment from customers and keep track of sales.

Cummings completed his high school education at the College of West Africa, where he participated in various social and intellectual clubs and served as a student senator, then treasurer and eventually president of the senior class.

After high school, he enrolled at the Cuttington University College for two years before migrating to the United States to further his studies at the Northern Illinois University, where he earned a Bachelor of Science degree in Finance and Economics. He would later obtain an MBA in Finance from Clark-Atlanta University.

Upon retirement, Cummings launched the Cummings Africa Foundation in 2015 with his wife Teresa Cummings, and their two children, Boakai and Ayo Cummings. The Cummings Foundation focuses on empowering and uplifting Africans in health, education, agriculture, and arts.

Since its formation, the foundation has invested over one million dollars in projects throughout Africa, including facilitating the construction of a STEM (Science, Technology, Engineering, and Mathematics) academic institution, the first of its kind in Liberia.

In 2011, President Ellen Johnson Sirleaf conferred on Mr. Cummings the distinction of Knight Great Band – Humane Order of African Redemption; one of the highest medals of honors in Liberia, it was awarded for his humanitarian work in Liberia, and for acts supporting and assisting the Liberian nation.

At his retirement farewell, several of his colleagues commended him for his invaluable leadership, innovative approach to management, and tireless service. “We thank Alex for his tireless service to growing and advancing our business in key markets around the world,” said Muhtar Kent, Chairman, and CEO, The Coca-Cola Company.  “Alex’s legacy will be as a leader who focused on growth and made us more efficient and effective.  He also has a passion for his our people and a vision for building sustainable communities as part of our local business.  We wish him well in his retirement,” Kent added.

Cummings is a man of faith, a good husband and a family man who has been married to Teresa Cummings for over 35 years. Together they have two children – Ayo and Boikai Cummings and a granddaughter, Nyah.

Cummings’ desire is to improve Liberia for all Liberians. His priorities are realistic: creating jobs, establishing better and accessible healthcare, building good infrastructure and sustainable energy/electricity, forging national unity and national reconciliation, strengthening the rule of law, and ensuring national security for all. With Cummings and together, Liberians should expect a better future.

Did the Liberian Presidential Candidates Discuss Any Issues During the Debates Worthy of Our Action?