President George M. Weah of Liberia, the compassionate Liberian leader: Speaking to both Houses during his first historic State of the Republic Address.

To begin with, one can’t write the history of President George M. Weah without measuring the name of his younger brother William T. Weah Jr. commonly known as “Jour;” because these two little young and innocent boys were victims of their parent’s separation. They both really suffered together growing up from Grand Kru County to the slum of Gibraltar in Clara Town.

Liberia’s President, George M. Weah was born on October 1, 1966; in Grand Kru Territory Now Grand Kru County, in Liberia, and not Monrovia as being reported. George Weah was brought to Monrovia in the late 70s by his father Mr. William T. Weah Sr., from Grand Kru County to his mother Emma Brown in Gibraltar, Clara Town, Monrovia. George’s mother Mrs. Anna Quaye Weah abandoned her little boys in Grand Kru County with their father. She never cares to visit her children. George Weah’s mother was never in their (George M. Weah and William T. Weah) lives until the former began a professional footballer. 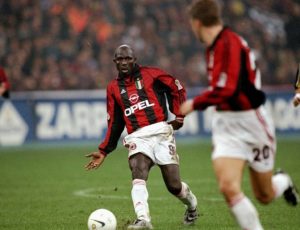 George Manneh Weah and his little brother William T. Weah alias Jr absolutely grew up as little boys in Gibraltar. Their Grandmother Emma Brown was living in a little zinc shake of about six (6) rooms in a small squatter settlement called Gibraltar in the slum of Clara Town, Bushrod Island, Monrovia, Liberia. Interestingly, my grandmother, Ethel Hinneh was renting a room from President, George Manneh Weah’s grandmother in the 60s.

In our next edition, we will continue to look at the early life of our President, George M. Weah during his soccer career, his early friends in Clara Town, struggle to find a daily meal and the early of his high school.