With a sense of common struggle, shared values, renewed solidarity and unhindered allegiance to nationhood may this glorious land of liberty forever be ours as we seek solace in and evoke courage from this historic refrain of our National Anthem, “In union strong success is sure, we cannot fail. With God above our rights to prove, we will o’er all prevail – we will o’er all prevail.” We can never and will never “prevail” when we allow our fears to subdue our willpower in an effort to averting imminent national tragedies.

As our dearly beloved Country endures tough times as a result of governance breakdown and shortfall in leadership, I bring you patriotic greetings from exile in the words of Abraham Lincoln, “To sin by silence, when we should PROTEST, makes cowards of men.” 154 years after Lincoln’s assassination, his words still resonate and remind us of our collective and patriotic duty to rise above silence and cowardice through PROTEST. The Liberian masses have no choice but to etch or inscribe a new narrative through massive and consistent protests on January 6, 2019, and beyond.

Yes, this moment offers a fresh and historic relief for you (Liberians) to reflect on a gloomy past – to rise up against marauding oppressors – to resist all forms of injustice – and to reclaim a new future that you truly deserve. It is only you, THE MASSES, who have concrete answers to your own problem. Stop crying and crawling – Get up, accept your unbearable past and take charge of your destiny! The best option and last resort to send a resounding caveat to those self-seeking pillagers in power is massive PROTEST. Posterity only remembers those who risk their lives for the sake of their nation and people.

Insofar those in power are not afraid to steal and subject you to extreme hardship; you must not be afraid and ashamed to PROTEST in defense of your wellbeing and the sovereignty of the nation. You must not bow in silence and cowardice. No extent of threats or mere propaganda should sway your focus and resolve. The Weah-led government is a FRAUD, and you have every right to alter it if you so desire. Article 1 of the Liberian Constitution has bestowed upon you such power, and it is an irrefutable reliance. The power they have today belongs to you. It is your power – It is the PEOPLE’S POWER. No power is greater than your power – not even the power through the guns of AFL and LNP.

Your oppressors will never rest until they escort you to your grave. It is good enough for them to lavishly spend your taxes at Palm Spring Resort, Royal Grand Hotel, Farmington Hotel, and Boulevard Palace while you remain unpaid, hungry and poor even during this festive season. While they ride flashy SUVs, you remain jobless and your children are out of school as a result of the hike in tuition and fees. They have neglected you to die from curable diseases while they and their families continue to use your resources to seek medication abroad.

This is the extent of your anguish, and this is the extent of their cruelty against you. The Liberian society, especially those of you in urban and rural slums, is enraged and bewildered. I share similar grief even while in exile. I know what you are going through. It is not only tough and rough, but there is no sign of relief anytime soon. You remain poor, hopeless and miserable more than ever before under this extravagant and ill-visionary footballer. The new ruling class is not only clueless and corrupt but has hatched an opportunistic agenda to amass wealth at your expense.

Thievery has been institutionalized under this ex-Soccer Star while you remain enchained in shackles and indignity as though you are aliens and foreigners in your own land. How long will this agony reign? You must demand an answer on January 6. Enough of this despair. They promised HOPE, but you remain even more hopeless after almost 2 years. They promised CHANGE but your livelihood is fast worsening and you remain more miserable. They promised equality and justice, but you are by far the most abused and the most neglected as the gap of poverty continues to widen.

The fact of the matter is that the Weah-led government is the direct opposite of CHANGE and HOPE. Nothing is going to change anytime soon unless you consistently PROTEST. Like I said in my last interview before fleeing Liberia, the CDC-led government is suffering from these 6 major conundrums, namely:

The ruling Coalition for Democratic Change (CDC) has given you the direct OPPOSITE of everything they’ve ever promised. Too sad that they had to use you in 2017 as political cannon fodders in order to propel to State power. But again, you have every right to alter this national nightmare. The REAL POWER lies with you, and J6 is the day to march into history.

Thomas Jefferson was right when he said, “When injustice becomes a LAW, resistance becomes a DUTY.” Such duty through massive protest MUST never be abandoned, especially by the Liberian masses – members of the proletarian class! You deserve far better than what you have now.

After almost 2 years under footballing President George M. Weah, has anything changed in West Point? Is life better off for the masses in Soniwein? Do the masses in Clara Town (Gibraltar) have access to basic social services such as safe drinking water, quality education, electricity, improved housing, quality healthcare, sanitation, social security, etc.? What difference has been made in the lives of the masses in rural and urban slums? All our people have got in return after almost 2 years are populist rhetoric and political pageantry. Isn’t this a promise betrayed? Of course, it is indeed a PROMISE BETRAYED.

The government you voted for in 2017 has not only made you vulnerable to socio-economic peril, but choiceless and powerless. The only power you have right now, as guaranteed by Article 1 and Article 17 of your Constitution, is PROTEST – PROTEST – PROTEST. The urgency for you to reflect, rise up, resist, and reclaim your future cannot be overly emphasized. The time is now. Protest or Perish. The latter is not an option — no turning back. January 6th Protest is the continuation of this sacred mission. It is an embodiment of the ultimate solution.

You MUST not rest until you liberate yourselves and your country. Generations yet unborn are depending on you. Do not let them down as you were not let down by progressive generations before you. Stop crying and crawling – Get up, accept your unbearable past and take charge of your destiny!

It is time to unite at a common frontier and demand a paradigm shift in governance and public service. You cannot and must not afford to miss out on this historic opportunity. Thomas Jefferson was prophetic when he said, “Resistance to tyranny is obedience to God.”

Why the Liberian masses MUST come out en mass to protest on Jan. 6:

The Liberian masses have a choice. To either stand up or stand down. Demanding for President George Weah to STEP DOWN is not a crime. In fact, it is the way forward. If it is the popular will of the masses, so be it. The people’s will cannot and must not be sugarcoated in any form or manner in order to guarantee political convenience.  History is set to narrate the outcome of their actions. As things stand, it is the Liberian Masses vs. the CDC-led Government. The MASSES must Reflect – Rise up – Resist – and Reclaim! 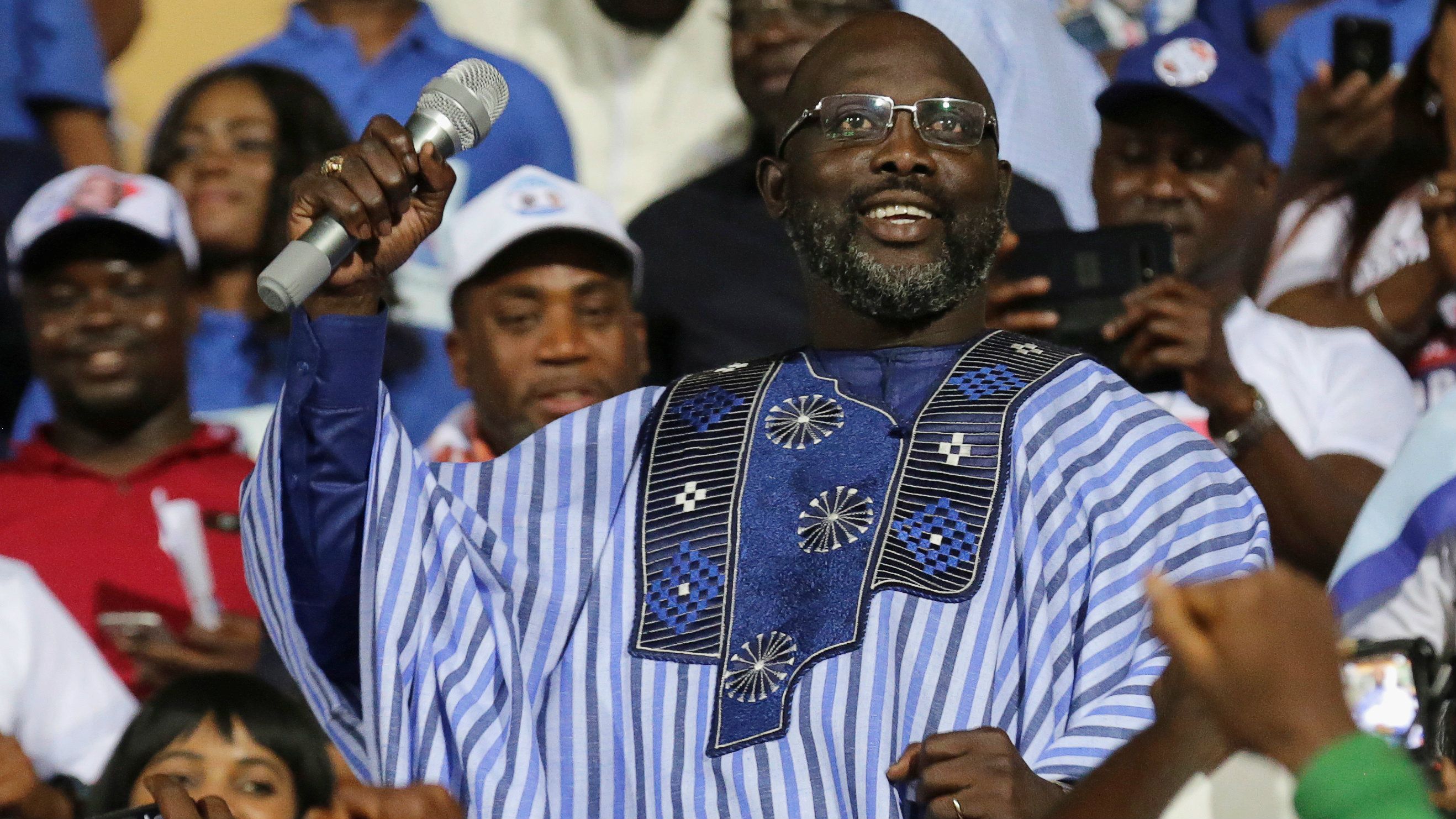