In an amended complaint filed today, the SEC charged one of Centra’s co-founders, Raymond Trapani, in a fraudulent scheme related to Centra’s 2017 ICO, in which the company issued “CTR Tokens” to investors.  Earlier this month, the SEC and criminal authorities charged Centra’s two other co-founders, Sohrab “Sam” Sharma and Robert Farkas, for their roles in the scheme.

“We allege that the Centra co-founders went to great lengths to create the false impression that they had developed a viable, cutting-edge technology,” said Robert A. Cohen, Chief of the SEC Enforcement Division’s Cyber Unit.  “Investors should exercise caution about investments in digital assets, especially when they are marketed with claims that seem too good to be true.”

The SEC’s amended complaint alleges that Trapani was a mastermind of Centra’s fraudulent ICO, which Centra marketed with claims about nonexistent business relationships with major credit card companies, fictional executive bios, and misrepresentations about the viability of the company’s core financial services products.  The amended complaint further alleges that Trapani and Sharma manipulated trading in the CTR Tokens to generate interest in the company and prop up the price of the tokens. 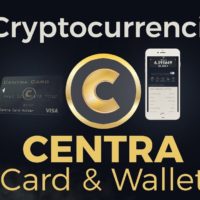 Text messages among the defendants reveal their fraudulent intent.  After receiving a cease-and-desist letter from a major bank directing him to remove any reference to the bank from Centra’s marketing materials, Sharma texted to Farkas and Trapani: “[w]e gotta get that s[***] removed everywhere and blame freelancers lol.”  And, while trying to get the CTR Tokens listed on an exchange using phony credentials, Trapani texted Sharma to “cook me up” a false document, prompting Sharma to reply, “Don’t text me that s[***] lol.  Delete.”

The SEC’s amended complaint, filed in federal court in Manhattan, charges Trapani with violating the anti-fraud and registration provisions of the federal securities laws.  The amended complaint seeks permanent injunctions, the return of allegedly ill-gotten gains plus interest and penalties, as well as bars against Trapani prohibiting him from serving as a public company officer or director and from participating in any offering of digital or other securities.

In a parallel action, the U.S. Attorney’s Office for the Southern District of New York today announced criminal charges against Trapani.

The Commission’s investigation, which is continuing, is being conducted by Jon A. Daniels, Luke M. Fitzgerald, and Alison R. Levine of the Cyber Unit and New York Regional Office. The case is being supervised by Valerie A. Szczepanik and Mr. Cohen.  The litigation is being conducted by Mr. Daniels, Mr. Fitzgerald, and Ms. Levine, and supervised by Ms. Szczepanik.

2017 U.S. Human Rights Report on Liberia - An Indictment of the Sirleaf Administration and a Wake up Call to President Weah