The heralded prospect of Liberia rapidly expanding its economy through industrialization; thus, urbanizing and increasing the number of workers in the working class (employment) through the penetration of foreign capital is a dream not to be realized now or in the distant future. The thing is, almost every advanced capitalist country is experiencing the capitalist crisis of overproduction/over capacity – which points to the epoch of senile decay of a social system that was considered by many bourgeois economists like Francis Fukuyama as an eternal system of organizing the productive forces of society. The crisis of overproduction and its attending consequences is now making those apologists of capitalism to eat their words in shame. Sometimes in April, Mark Carney, the Governor of the Bank of England, warned that the automation of millions of jobs (one of Marx and Engels’ predictions in the Communist Manifesto) could lead to unemployment, wage stagnation, robots taking away jobs and rise of Marxism in Britain.

When we refer to the capitalist crisis of overproduction or overcapacity, we mean there are huge piled up of goods in the warehouses of many big capitalist monopolies in the West, China and etc. These goods like Ford Motors, steel, electronics and etc. are piled up with no buyers at all; thus, stagnating profit and prohibiting investors from expanding production in emerging markets like Liberia. Because how would the capitalists expand production when profit margins have not only dwindled but the possibility of having those goods sold and expropriating the surplus value created by labor power is lacking? This is why you have seen a drop in the price of iron ore and latex rubber (Liberia’s major export commodities) on the international market. Many companies’, especially in China, demand for raw material have dropped, thus leading to the fall in the prices of those commodities. This has created shock in the neo – colonial’s raw material supplying economy of Liberia.

Purchasing of raw material is directly proportional to expanding production and why should those companies expand production when demand for their finished products has also dropped significantly. Maybe you may want to know why the demand for those goods has decreased and thus they have been left unsold. The income level for the vast majority of the people of the world (working and middle classes) has fallen by more than 50percent while the income level of the 1percent richest people has increased astronomically for over a decade. According to Bromberg News, America, Great Britain, and South Africa have the highest income gap between CEOs and workers. The average CEOs in those countries make more than two hundred times the real wages of workers. And the fundamental reason is, the working class has been exploited of the surplus value they produced at the various factories and thus, their real wages incapacitate them to purchase the commodities they produce.

Before the 2008 crash of the capitalist system, the system instituted the artificial demand (credit) mechanism to undo the crisis of overproduction. That is, you could get a house, education, car, supermarket shopping and etc. by using a credit card. But the average debt rate was so astronomical and led to the 2008 Financial Crisis when the housing market came to its bended knees. The crusaders of the ree market or the forces of demand and supply used state treasuries to bailout the big banks as a way of overturning the economic malady. That was a slap in the face of a system that postulates non-government’s intervention in the economy. This and many other small reforms in the system can no longer help to rescue the final demise of capitalism. The only remedy to this is the negation of capitalism and the ushering in of Socialism as the new social system that will further advance the productive forces for the benefit of all rather than the few at the top of the pyramid. 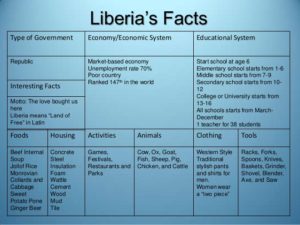 This is the least decision the capitalists will ever made – letting go their privileges and allowing production according to needs instead of the accumulation of wealth for the few through the exploitation of labor power. Jeff Bezos, the owner of Amazon and the world’s richest man is subjecting his workers to wage slavery and other appalling working conditions.

But he has already concluded plans to use over $1billion on his space expedition that is due to take place soon. The task of finally ending Capitalism is left to the working class which is the only layer of society with the revolutionary potency to take on these capitalist parasites. With solidarity from the students’ movement whose members are also prospective workers that after graduation must work for years to pay back student loans; we have seen working class actions in South Africa, France, Britain, the US and etc. The only missing link now is the revolutionary party with the right leadership, ideas and programs to lead the workers to struggle for emancipation. In this regard, there are many lessons to be learned from the October Revolution that took place in Russia, 1917 – this which is a discussion for another day.

Liberia is an ardent victim of this global crisis of capitalism. The prices of its two major export commodities, that inject foreign currency into its economy, have fallen on the world market. According to Index Mundi, in March 2017, per dry metric ton of Iron ore was $87.65. This fell to $ 70.35 per dry metric ton in March 2018. According to the Singaporean Commodity Exchange, the per kilogram price of rubber which was $2.35 in March 2017, fell to $ 1.76 per kilogram in March 2018. Obviously, this has sent a blow in the neo-colonial capitalist economy of Liberia, which is dominated by foreign monopoly capital especially in the iron ore and rubber sectors. The multinational corporations has lay off workers, reduced not only wages but also the purchase of good and services and etc. to respond to this shock. The taxes from the multinational corporations to government have dwindled. These and others have led to a shrink in government’s revenue.

Projected revenue in 2016 was little over 600million. In 2018, it has fallen to 562million with the anticipated budget shortfall, although the “Pro-poor government” has instituted drastic austerity measures (cut in social programs) as a remedy to the fiscal crisis.

Also, this has led to the low volume of foreign currency circulating the Liberian economy. Thus, the sharp depreciation of the local currency (Liberian dollar) cannot be overemphasized. The US dollars to Liberian dollars rate which was about 1:113 in May, 2017 is now 1:140 in May, 2018. Consequently, the rise in the general price of goods and services is galloping. A bag of 25lb imported parboiled rice is now more than 2000LD as compared to 1700LD in May, 2017.

A gallon of gas is about 480LD as compare to 340LD in May 2017. A US dollar Lonestar and Orange recharge card is now 150LD as compare to 120 LD in May, 2017. A taxi fare from SKD Boulevard Junction to Broad Street which was 60LD is now 100LD. The number of people migrating from the rural communities and joining the hundreds of unemployed people especially the youth, with no stable economic activity has skyrocketed. With no prospect of attracting Foreign Direct Investment due to poor infrastructure, appalling human development, high level of insecurity (recent wave of armed robbery) in conjunction with the global capitalist crisis of overproduction, the economic conundrum of the age old West Africa state is expected to worsen, despite the Ministry of Finance and Development Planning’s projection of a 3.9percent growth in the economy.

As it has always been since the formation of the Liberian state, the highest victims of this economic paralysis are the mass of the Liberian people and will definitely not be the multinational corporations that dominate all sectors of the economy. The victims cannot also be the Coalition of Democratic Change’s (CDC) cadres turned the new breed of reactionary bureaucrats. The only solution to the quagmire is the nationalization of the commanding heights (iron ore, cash crops, gold, diamond and etc.) of the country’s economy. This is Socialism and the CDC led government, although heralded sterile revolutionary rhetoric during its days as othe pposition is a right wing fascist regime in reality. Therefore, we expect from it no radical economic transformation. That is left with us to assemble cadres from the class of intelligentsia and the student movement and arm them with the necessary revolutionary understanding. After which we shall not only present our revolutionary programs to the Liberian working class (a class with revolutionary potency) which is one of the hardest hit of the economic downturn, but also emerge with a revolutionary party that will lead the vanguard of the people’s struggle for total liberation.

Moses Uneh Yahmia is a graduating senior student of the University of Liberia (studies Political Science and Economics) and is a staunched member of MOSODA. He can be reached via moseswyalc@gmail.com

Albania Must Choose Between the EU and Turkey