MY TURN: Most Liberians wish President Weah success, especially when it comes to good governance and the president’s pro-poor agenda. But the first law of good governance is clarity.  That means the present government of President Weah must conduct a comprehensive and forensic audit of the previous government of his predecessor, Madam Ellen Johnson Sirleaf.  The essence of the audit is not to judge Madam Sirleaf and pretend that she is incriminated in any time.  The government-wide audit is needed for all government agencies so that the new administration can know where it is starting from and what resources and assets are at hand so that it can better outline and set priorities as well as know how to manage those priorities.  The lack thereof means the new government is operating blindly and the result would be it will blame for and inherit failures and disasters later for which it should not.

President Weah will do well to first order a full comprehensive audit of the previous regime. Then compare monthly, quarterly, semi-annual and annual revenues intake for the preceding years, then look at the government monthly payroll to know its balance sheet.

Plus, President Weah did go far enough with his 25% pay cut proposal and his call for the other overpaid government officials to emulate. There is a lot of fat/waste in the salaries of public corporations. I was hoping for a 50% cut, but something is better than nothing. So, we thank the president for a first start, but the Liberian people need more in salary reduction and waste management.

President Weah’s administration will take all the blame one or two years from now if no financial and operational audits are conducted so that the Liberian people know the state of the country and the economy his government has inherited.

This is why President George Manneh Weah either agrees to order an audit of all government agencies or bear responsibilities for any economic blame tomorrow.  By then, the Liberian people will entertain no excuses. 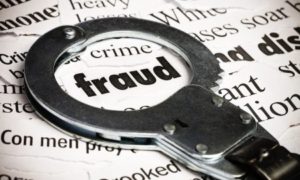 And the story is the same at the Liberia Maritime Agency where its former Commissioner Beyan Kesselly was raking in over $400,000.00 a year plus perks which would mean he earned more than the President of the United States who is paid a mere $400,000.00 a year. But President Donald Trump cut his pay to just $1.00 (I said just one dollar a year.). But you are not Trump, President Weah.

Even if it means not bringing her (Ellen Johnson Sirleaf) to book for the over $31 million (for the Executive Mansion renovation) that went in the breeze without renovating the Executive Mansion, just carrying out an audit of the funds makes sense.  Mr. President, please look at the distance you must drive to commute to work every day from Paynesville to your office. The roads are bad, and driving is crazy in Liberia.

Many said she (Ellen) supported you because you would be “easy to control” to not go after her. Prove her wrong because you now have the power and not a darn thing she can do to stop you.  President Weah, when you were running for president and all the upper Liberians ridiculed you, our poor mothers and sisters walked around Monrovia kissing banners that had your images and name on them.  Young people––boys and girls–stood by you for twelve years, believing that you represent their hope and future.  While many still believe in you, they equally feel you are letting them down.  They cannot no longer reach you because you are now a “Big Man.”  Some even think this is the Weah they stood for and with.  Others believe you have abandoned them to stand with the people who looted the country.  You must prove your people wrong by standing with them rather than standing with the powerful and wealthy people that subjugated them to poverty and hardships. You have a choice Mr. President: you either stand with your people or you can choose to betray them by standing with the small group of individuals that drove them into 12 years of poverty and hardship.

The Liberian people want to continue to trust you.  They want to an audit of the government, Mr. President.  They want to know about the over $100 million dollars of Liberia’s Maritime money that Madam Ellen Johnson Sirleaf put into Ponzi PR scams. I dug up the report from the US Justice Department website: www.fara.gov in 2011 and forwarded same to the current Speaker of the House of Representatives, Dr. Bhofal Chambers.

Mr. President, we are still waiting to hear you say something about the JFK Hospital that was reportedly raided by the outgoing general administrator and her deputy who loaded trucks with everything, from window curtains, beds, mattresses, flower pots, tables and chairs to medicines and a $1 million dollars stuffed in the trunk of a taxicab.

And what is it that I am hearing that some of your appointees are crooks with criminal records? Please “Bah-be/Brother” Weah, don’t give your enemies any more ammunition to say, “we told you so Liberian people.”

Did your wanna-be Justice Minister truly took $25,000.00 belonging to his client, and only had repay the Lebanese man when he got word that you were about to make him our new “Injustice Minister?”   Mr. President, no human being is perfect, but the position of justice minister is or should be above felony and things like petit theft.  Making anyone with such record undermines you as a good leader because the world will not respect your decision-making even though we in Liberia love and trust your judgment.

Then there are others who are said to be deadbeats: Montserrado County Superintendent-to-be and others? Please don’t set yourself up for ridicule by your critics to make us native Presidents look bad.

I supported you in 2005, 2011 and 2014 but went with Joe Boakai because of your political marriage to the NPFL-NPP and other shady characters. Now they too are threatening to cause “confusion” for not giving them their share of the elephant meat.  Don’t forget, Robert Sirleaf, Amara Konneh and others are secretly forming a political party to challenge you in in six years’ time because they think you will fail.  Besides, they have lots of money set aside for that from our national coffers, so they can compete without scratching their head.

The NPFL-NPP alliance you agreed to was was my main concern for going with former Vice President Boakai and former Speaker Nuquay. Benoni Urey, a one-time member of the NPFL-NPP cartel warned you during the campaign that you were “playing with fire/danger” for doing business with the NPP. Please don’t be so trusting of so-called “friends.”  Remember how some of these people betrayed your friend who promoted sports in Liberia when people overlooked footballers.  The Emmanuel Shaw that has just surfaced and the two-faced Ellen Johnson Sirleaf cannot be trusted.  Ellen dined and danced with General Thomas Quinwonkpa and President Samuel K. Doe.  She was an ally of Jackson F. Doe, Charles Taylor, and Harry Greaves.  President William R. Tolbert, Jr. treated her like his own daughter.  All these people and much more have one thing in common:  Ellen used and betrayed them all.  You would be no exception when she has the chance. Watch out, brother!

You also need a good PR team in Liberia and outside of the country, and I am not talking about Ellen’s liar on K Street.  I say this because the media did not put out a story when you met with the American delegation during your inauguration. Moreover, please ask President Trump to find and seize the monies and properties of crooked Liberians who stole our money to bank it and buy mansions here in America. Bet you, Trump will do it.  Don’t listen to what others will say about Trump, just try to reach out to him because when it comes to corruption in Africa, he is a strict shooter like you did when you played soccer.

President Weah, please know that football is sports, but politics is life and death. Why are you not considering your uncle Dr. Togba-Nah Tipoteh and John Morlu, the former no-nonsense Auditor General of Liberia to put a little muscle on your team?  Mind you, Dr. Tipoteh brings knowledge, wisdom, and experience and he will better protect and guide you than anyone of the people rushing to be close to you, including Madam Sirleaf.

Before I close, please don’t make whites citizens of Liberia or else we will have an “Apartheid Liberia.”  For example, the Lebanese people in Liberia are already calling us slaves in our country.  They underpaid and treat our brothers and sisters that work for them as slaves.  They abused our girls and turn around and bribe their way out because they have money and our courts are something else, you know.  If you proceed with the bad advice, you will forever regret it when it is too late.  You need to ask Nelson Mandela’s followers in South Africa.   Remember South Africa and why your late friend and mentor Nelson Mandela spent 27 years in jail.  We don’t want to be slaves to rich and powerful whites, especially Lebanese. Have you thought about terrorists from Taliban and ISIS seeking citizenship in Liberia? Just a thought and not a sermon. From your fellow Kru man.

I am watching from afar, 8,000 miles away.  I have your back, but I also must also tell you the truth as a brother and friend.

Basking In The Shadows Of The Ottoman Era