WASHINGTON. D.C. —In Nigeria, Ghana, Guinea and several other African nations, a Liberian dare yell at a citizen of those countries not alone touch them in an unruly manner. But in Liberia and under the Sirleaf’s administration, Liberians are slaves in their own country as foreigners rule the country; dine and dance with the govern.  In fact, information reaching Globe Afrique reveals that some foreigners even date the wealthy, affluent and well-connected women in Ellen Johnson Sirleaf’s Liberia.

The ex-Nigerian military officer once seconded to the Economic Community of West African States Peace Monitoring Group (ECOMOG) in Liberia, Tony Lawal, is one such foreigner with unrestrained powers and privileges in the country.

Lawal, according to Globe Afrique’s latest research findings has not only looted public funds from the Liberian treasury through bogus construction companies he set up (with help from his Liberian benefactors and protectors) that have been given million dollars’ worth of unfulfilled contracts, he has also allegedly orchestrated the planning and implementation of assassinations missions on Liberian business people that sought similar construction contracts from their own government but have been denied in favor of foreigners like Lawal and others.

Moreover, Globe Afrique has learned that Lawal has also been granted a Liberian citizen on orders of senior Liberian officials to ease his effort in looting Liberian public funds via unsolicited and uncompetitive construction contracts worth millions.

Like Lawal, there are dozens of foreigners in Liberia who, without following any proper naturalization process or even desiring to truly naturalize as Liberians, travel and use Liberian passports.   Dozen more benefit from all lucrative Liberian government contracts.  These include Nigerians, Ghanaians, Guineans and Ivorians and Lebanese.  In fact, the Liberian government under Sirleaf is saturated with several non-Liberians posing as Liberians, according to sources.

For instance, Abdoulaye Dukule , an Ivorian citizen with no proven history and records of naturalization in Liberia, was appointed and served as a special envoy of Liberian President Johnson Sirleaf to the United Nations High-Level Panel of Eminent Persons on the Post-2015 UN Development Agenda when in fact there are more educated, qualified and experienced Liberians to occupy such positions.  President Sirleaf also allegedly designated Dr. Dukule as the Liberian ambassador to the Ivory Coast but the Ivorian authorities allegedly rejected that appointment on grounds that Dr. Dukule is an Ivorian citizen who has not relinquish his citizenship of the country.

Instead of promoting and aiding Liberian businesses and entrepreneurs, the Sirleaf’s administration in 12 years has enriched several non-Liberians who instead have taken the wealth back to their native countries.  Lawal is one such person.  He takes his wealth gained from Liberian taxpayers to Nigeria periodically and simultaneously act lawlessly in Liberia at will.  So too are many other Non-Liberians who falsely claimed to be Liberians.

Now, Lawal, having been so much emboldened, has taken his disregard for Liberia and Liberians at the next level: he is attempting to test, use, and control the Liberian judiciary as toy in intimidating constitutionally mandated Liberian government institutions like the Liberia Anti-Corruption Commission (LACC) and bona fide members of the Liberian media.

Below is a transcript of Lawal as published by several Liberian media groups. 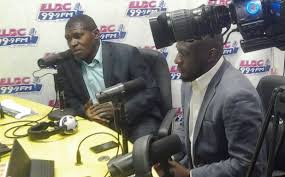 Monrovia – Shooting to kill due to disagreements over a business deal, politics and other deals are not common in Liberia like some African countries, but recently what appears to be a shoot to kill took place in Monrovia, nearly killing a prominent local businessman. In many other countries dispute over lucrative contracts and other transactions between individuals turn deadly but Liberia has no recent history of such dangerous practice.

The Chief Executive Officer (CEO) of PEALAT Construction Company, Praise Tony Lawal was on Tuesday arrested by officers of the Liberia National Police (LNP) for his alleged link to the assassination attempt on the life of Liberian businessman, Samuel Benedict Cooper.

Mr. Lawal said to be a former Nigerian ECOMOG Soldier who came on a peacekeeping mission to Liberia and subsequently integrated, according to a police spokesman, Sam Collins spent Wednesday night behind bars at the Headquarters of the Liberian National Police and would be questioned in connection to the alleged assassination plot.

Unknown gunmen last Saturday morning opened fired at Mr. Cooper’s vehicle while he was returning to his Fish Market Community’s residence, during the early morning hours, police sources have indicated. Mr. Cooper, owner of Westwood Construction Company accordingly narrowly survived death after the bullets that riddled the front windshield of his car didn’t hit him.

Eric L. Bracewell, an associate of Mr. Cooper, told journalists Wednesday that Cooper was fired at twice by the unknown men while returning home on Saturday morning. According to him, Mr. Cooper’s vehicle windshield was damaged by shots fired at him, noting that “we have been assured that the perpetrators of this barbaric act will be brought to justice.”

Bracewell, owner of another construction Company, Mandee Construction Company disclosed that prior to the incident, Mr. Cooper received threats on his life from through a text message from an anonymous individual.

Late Wednesday, the suspect Mr. Lawal was seen in the Crime Services Department interview room with investigators undergoing police questioning along with his lawyer. Cllr. Theophilus Gould of Kemp and Associates dressed in a silver coat suit was seen parading the hall of the CSD floor awaiting the call of his client who was undergoing investigation.

Lawal has reportedly previously issued threats to Cooper and downplaying road projects performed by Westwood suggesting that those projects were not performing up to contracts specifications. With Liberia currently carrying out roads construction throughout the country, there is massive competition between local construction companies for big contracts.

The owner of one local construction company confirmed to FrontPage Africa that there is disagreement between local contractors who are struggling to win contracts against bigger foreign-owned companies with big capacity believed to be favored by the government in getting contracts.

Two big Chinese companies China Chongqing International Construction Corporation (CICO) and China Henan International Cooperation Group Co., Ltd (CHICO) are usually the winners of the bigger contracts from the Ministry of Public Works leaving local contractors to fight over smaller contracts. Pealat is accused of being favored by the Ministry of Public Works for major projects based on an alleged connection by the company’s owner, Lawal with senior government officials.

FPA investigation has established that in one instance Pealat had a road construction contract changed on more than two occasions with the price of the contract increasing on each occasion despite the alleged failure of the company to perform as expected.

According to investigation PEALAT Construction Company in December 2009 signed a contract with the Ministry of Public Works for the construction of a forty-five miles road from Bopolu to Belle Yallah for US$2,875,000.00. On January 2011, there was an addendum to the contract for additional works increasing the cost of materials and fuel in which the Ministry agreed to pay an additional amount of US$2,064,052.17 thereby resulting in a total project cost of US$4,939,052.17.

In April 2012, a second addendum to the same contract was done increasing the contract cost to US$14,308,668.45. Sources at the Ministry of Finance confirmed to FPA that the company was paid the amount of US$13,371,759.70 with the Belle Yallah road not done to specification with commuters still complaining about the deplorable nature of the road.

Westwood, on the other hand, has been awarded several contracts from the Ministry of Public works including the Zorzor to Voinjama City Road, Voinjama to Banzenwein and Fissibu to Zorzor Road. FPA has reliably learned that the Pealat Construction boss has been linked to maltreatment against some of his employees of his company.

According to reports on December 4, and 5 2014, the CEO of PEALAT & PGL Construction Companies, ordered the Inspector-General of Police, Col. Chris Massaquoi, who is reportedly a friend of Lawal, to allegedly arrest five of his workers, all Ghanaians for destroying his yellow machine.

A source noted that the guys were arrested because they allegedly took the yellow machine belonging to the company on a gold mine because their boss had gone to Ghana during the height of the Ebola outbreak and had not paid them about six months salaries; thereby making them run out of food and rent, thus prompting them to use the machine on the gold mine to sustain themselves.

The source further informed the FPA of the alleged handcuffing of the workers from Zwedru, Grand Gedeh County up to Monrovia and subsequent incarceration at the Center Street Police Depot for more than three days without preliminary investigation. Accordingly, because of the alleged maltreatment meted against the workers by the police upon their arrest, the then Chief Engineer of the company felt very ill while in jail and started dehydrating, which subsequently led to his release to enable him to seek medical treatment.

The information further revealed that since the alleged arrest and incarceration of the workers, the complainant, Lawal, reportedly refused to reach the police depot to enable the police carry out a preliminary investigation. Mr. Lawal has come under criticisms from several members of the public and the Liberian Contractor Association for being awarded four lucrative contracts without completing any road contract in the country.

One high profile source hinted FPA that Lawal is highly connected and might walk free. The current shoot to kill incident will raise fear amongst Liberians, some country where only common criminals are prevalent as compared to broad day attempt to take away the life of another.

Ex-Nigerian soldier arrested over an alleged shooting at Liberian businessman.

A Critical Look at the Importance of E-Health Management System
July 11, 2020

THE CIRCUS: A look at Liberia’s messy legislature