In ten consecutive annual messages, former President Ellen Johnson-Sirleaf made assurances to the Liberian people that she would expand and diversify the Liberian economy by shifting focus from its dependency on the extractive industries[1] to other potential revenue-generating sectors including tourism.

From 2014 – 2016, the Government of Liberia embarked on a five-year strategic plan called the Liberian National Export Strategy on Tourism (LNEST). The project was prepared with technical assistance from the International Trade Center and financial support from the EIF. The project was spearheaded by the Information Minister and the Minister for Commerce.

While the strategy includes the usual display of ambitious goals and objectives, “on paper,” it failed to spell-out a strong implementation roadmap with measurable objectives and an actionable plan that will lead to success. Moreover, the LNEST strategic plan didn’t adeptly address Liberia’s adverse image of being the country with the highest Ebola cases and deaths.

Fortunately for Liberia, countries with similar stigma and challenges, including Sierra Leone, have recovered and are developing a vibrant tourism sector.  In 2019, Hilton Worldwide is expected to open a hotel and resort property in Sierra Leone.

Again, fortunately for Liberia, Musons Group, Inc., a real estate development company, which is owned and managed by Mr. Joe Mulbah, is aligning with the data and investing heavily in Liberia’s tourism[2] sector by developing, what is expected to be, an astounding resort project in Robertsport, Liberia. A project that is expected to attract global tourists and create thousands of jobs.

Tourism and Economic Growth in Liberia

Tourism has the potential to be the second largest sector of economic growth in Liberia. According to the World Travel and Tourism Council (WTTC), travel and tourism contribution to the world

GDP outpaced the global economy for six consecutive years, generating about 10.2 percent of global GDP (US$7.6 trillion) and creating 292 million jobs – the equivalent of 1 out of every ten jobs on Earth. The organization also predicts that the outlook for tourism remains healthy and will continue to be at the vanguard of employment creation around the world.

According to the African Union Agenda 2063, Africa is faced with many complex development challenges. Liberia, for example, needs to create thousands of private sector jobs to reduce poverty. Tourism could be the catalyst for economic growth.

In Liberia, the LNEST project identify tourism only ‘on paper,’ but like so many African countries the implementation strategy failed to address the following:

Why Support the Nominee for Assistant Minister for Tourism?

Over the past 30 years, Liberia has been visibly absent as a competitor for tourist dollars. Moreover, Liberia is one of a few countries in Africa where the World Bank development agency has no data on tourism. Other countries include Benin, Burkina Faso, Central African Republic, Chad, Comoros, Congo Rep, and Equatorial Guinea.  Hence, the country will be hard-pressed to find a tourism expert to fill the position of Assistant Minister for Tourism. 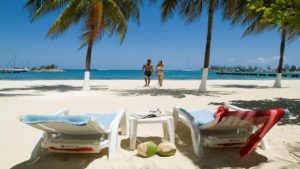 The current nominee has shown an inclination and exuberance to reach out to local and international agencies to help develop a framework to rebuild the tourism sector. The ability to recognize one’s imperfections and correct it is an admirable quality that makes the current nominee the best choice for Assistant Minister for Tourism.

The current nominee is open to the following policy recommendations:

Tourism is a viable sector that can help grow Liberia’s economy and create thousands of jobs. According to research captured for this paper, only 2 African countries rely on tourism for more than 50 percent of their total exports. Tourism in Liberia has the potential of developing the overall services industry.

Note: To receive a copy of the full article, please send an email to Larry@kennedywilliamsllc.com

[1] Retrieved from the Republic of Liberia’s Executive Mansion’s website: http://www.emansion.gov.lr/2content.php?sub=55&related=24&third=55&pg=sp

[2] For purpose of this article, a tourist is defined as an overnight visitor or as a same-day visitor or an excursionist

The US’ Enabling Jeopardizes Israel’s Future 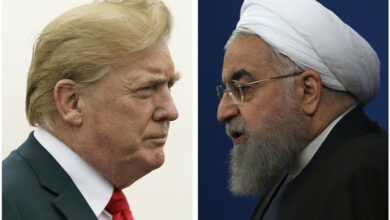 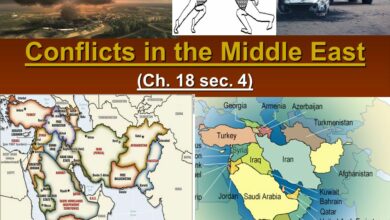