WEST AFRICA–– The United Nations Economic Commission for Africa (ECA) said in a report on Monday that poverty and illiteracy are two major drivers of human exclusion in West Africa.

The Africa Social Human Development Index (ASDI) report launched in Accra, Ghana said results from the African region had shown that, notwithstanding high economic growth in the past two decades (1992-2013) manifest that most countries in the region were still confronted with the challenges of making growth more inclusive and equitable.

The report, which was prepared on the foundation of eight out of the 16 West African countries, included poverty as the substantial driver of human exclusion in all the countries studied while illiteracy remains the key contributor to exclusion in at least five countries.

In its 2016 report, the Addis Ababa-based UN-ECA said the tragedies faced by many West African countries, for instance, the Ebola outbreak of 2014, had lingering effects on rise in food prices and household disposable income.

The report states further that even though access is slowly expanding and the gender gap has marginally narrowed, even though not at a rate required to influence poverty reduction, quality remains a major problem.

In launching the report, Ghana’s Minister for Gender, Children and Social Protection Otiko Afisa Djaba said the UN-ECA’ index would assist work in the human development approach to and support of achieving the 2030 agenda for sustainable development and building a more peaceful and equitable Africa.

“It is our hope that the launch of this report and the presentation on Ghana Country profile will enable us have a better understanding and insight into the implementation of social policy programs in Ghana and the West African region and thereby utilize the index for advocacy and related issues for the poor and vulnerable in our society,” she said.

The Social Affairs Officer at the Social Development Policy Division of UN-ECA, Jack Jones Zulu, urged West African countries to harness the potential of their youthful resources to add to economic development through growth.

“So, if we invest in the youth, we will generate the services that are necessary for investment to bring about growth,” he said. 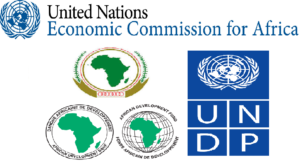