WASHINGTON, DC — The United States announced today, Tuesday, that it will halt issuing certain visas to Guinean officials and Eritrean nationals as of Wednesday, September 13, 2017. A released obtained said the new State Department’s restrictions are geared at four Asian and African nations that have rejected to take back citizens of their countries who’ve been deported.

Under specific federal law, Secretary of State Rex Tillerson can halt all or specific types of visas from being issued to such nations. The U.S. Embassy in Eritrea said in a release that they will stop issuing business and tourism visas to Eritrean nationals, with “limited exceptions.

Eritrea, an East African nation, is considered a major source of migrants who claimed they are escaping a scheme of forced military enrollment that has been repeatedly censured by the United Nations and various human rights groups.

In Guinea, a West African nation, the U.S. Embassy declaration said the new restrictions on business, tourism and student visas will distress only government officials and their immediate family members.

Sierra Leone and Cambodia, which are also likely to be impacted by the visa restrictions, have not made any statement though there are no statements the on websites of the US embassies in those countries as of Tuesday evening. 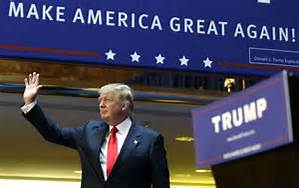 Some weeks ago, U.S. officials discussed imposing visa restrictions on countries that would not comply with accepting their citizens back after deportation proceedings.

The U.S. Department of Homeland Security said in a prior release that it had advised that the State Department takes concrete action against four nations out of a dozen it considers recalcitrant.

Although neither departments responded in identifying the other nations by name, it remains to be known why only Cambodia, Eritrea and Guinea were selected for the urgent and harsh sanctions or why Sierra Leone, which was last identified as “at risk” for recalcitrance, was included.

Analysts say the State Department has customarily been unwilling to execute visa sanctions because most affected nations often react through reciprocal restrictions on U.S. citizens and officials. In the past, the visas restriction measures have only been imposed twice against Guyana and Gambia.

Globe Afrique has learned that other countries recorded as being refractory in accepting deportees from the U.S. include China, Cuba, Vietnam, Laos, Iran, Burma, Morocco and South Sudan.

In an unrelated development, several Western advocacy groups, including religious organizations and other professionals in the US and Europe are urging the US Congress and EU nations to impose visa and travel restrictions on corrupt African officials as well as implement a program through which stolen wealth from African countries would be identified, seized and return to affected nations. The initiative which has just begun appears to be gaining momentum.

WATCH THIS AFRICAN MOVIE - THE BEAUTIFUL GIRL FROM A POOR FAMILY