When citizens evaluate a president’s character, they tend to view him or her through a prism of immediacy.  In Liberia, millions of citizens are hoping that President Weah answers their wishes and aspirations by delivering what has not been provided in and by the previous administration. It is fair to acknowledge that President Weah and his government inherited a nation that is not only struggling financially and economically but one that is also damaged in various fabrics of the society.

Today, there is a strange and unusual mindset that is embedded in a subcultural attitude of self-gratification that is hurting everyone in Liberia.  The Liberia we once knew, some two to three decades ago, is different from Liberia today.  Additionally, it is quite evident that changing Liberia would require the effort and commitment of all Liberians – not just the president!

As Senator, H.E. George Weah ran a presidential campaign based on persistence, humility, and commitment––three excellent traits of a leader.  Now that campaigning is over, then-Senator Weah is no longer a presidential candidate; he is the president of Liberia. That means he is governing.

As John Dickenson, co-cohost of CBS This Morning and co-host of the Slate Political Gabfest would put it, “Governing requires cooperation, compromise, and negotiation. Campaigns focus on one’s opponent, but a president, even if he wants to go on the attack, never has just one jaw to swing at.”

President Weah will not attack opponents nor will he frown on any Liberian for expressing their opinion because he believes in and values free speech, democracy and has a fundamental respect and loyalty to the norms of human rights.  That said, all Liberians are obligated to assist in making Liberia a great nation and the starting point is to find ways of working with the President and his administration.

President George Weah has always been someone who people perpetually doubted.  When he began his soccer career, many wondered if he would be a great player; some even questioned whether he would do well in Europe let alone win a significant soccer award. But, he went on to become FIFA, Africa, and the world’s best soccer player.

Then some questioned whether he would make a good political leader, but he also proved them wrong when he led the most popular opposition political party in Liberia’s history with grace and humility for over a decade.

During his time as political leader of the Congress for Democratic Change (CDC), most even doubted he would ever be elected president of Liberia.  Some detractors went even further by declaring he will never be accepted internationally, especially by West African regional leaders.  But Weah’s visit to Senegal and his encounter with the African Union Chairman and Guinean president Alpha Conde proved them wrong.

Is President Weah perfect? Absolutely not.  Then again, who is perfect? As Winston Churchill said, “To improve is to change; to be perfect is to change often.” What patriotic Liberians know of their president is far more than what his critics say and talk about.

First and foremost, President Weah is from a humble beginning; born in Clara Town to poor and semi-educated parents, he knows what it means to be poor, not having good clothes to wear and to live in a zinc shack.  President Weah knows about hunger; he knows about the lack of access to healthcare.  His experience reflects the majority of Liberians who voted to elect him as the president of Liberia.

A few months ago, then-Senator Weah was a candidate who managed to build a coalition of political parties into what became the Coalition for Democratic Change (CDC).  As Dickenson would say, “Candidates build an electoral coalition by papering over differences and offending no one. But then, as president, “they are forced to make choices which almost always offend some wing of the coalition they built.”

President Weah will certainly offend some Liberians, and many of them will be people that love and trust him, including people from within the corridors of the CDC’s coalition and the CDC political party.   No president or leader, no matter whether he or she is a saint will be able to please everyone “all of the time.”  Equally, President Weah is a charismatic and unconventional leader.

What Liberians must observe about their new president is the simplicity of statesmanship.  President Weah is a patriotic Liberian, a man who has an unwavering love for the people of Liberia.  Does this amount to governing? Perhaps not, but it also does not equate to hasty generalizations and false conclusions that he is not the change agent for Liberia, or that he will not succeed.  Anyone who dreams that President Weah will not succeed is living in La La Land! President George Manneh Weah, at the end of the day, will succeed in bringing the kind of change in Liberia that kids who are now deprived like he was growing up, will have an opportunity to live in a country that offers the fundamentals and necessities of life.

You can test presidents and leaders by measuring them against their mindset and past actions. From poverty to becoming a millionaire and international soccer star, George Manneh Weah has never forgotten about his childhood friends, his childhood communities and indeed his motherland, Liberia.

When Liberia was considered an undesirable nation, it was Weah who put remarkable meaning to what it means to be a Liberian.  His display and generosity in international circles and his love and passion for Liberia and Liberians was a marked indication of the leader he is today.  Back then Mr. Weah donated millions of dollars to Liberians, many of whom were either refugees or Internally Display Persons (IDPs).  He provided various academic scholarships for Liberian students at home and abroad.  Some recipients of his award turned out to become boisterous young politicians in Liberia today.  Among them are said to be individuals who even became cabinet and sub-cabinet members of the government.

Although he was born and grew up in poverty, President Weah is perhaps the only Liberian elected president who was first a millionaire before his election.  His two sons are professional soccer players in Europe and each signed multi-million dollars contracts.  So, by all accounts, he was never a poor man upon taking office, but many Liberians do not know this because of his humility and ability to connect with all––rich and poor.

President Weah has said Liberians should not judge him by how well he gives speeches or the eloquence by which we would expect him to deliver them. Instead, he asked for actions and that he be judged by what he does and will do.  Why we should take the president words for it, here are four things established political consultants have all asked voters and citizens to evaluate before giving a presidential candidate the job:

According to Dickenson, one will “notice that a word that is missing here is: leadership. We can all agree that a president should be a leader, but what does that mean? General George Patton or Mahatma Gandhi? It depends on the circumstance. The word leadership in presidential politics only distracts or obscures.”

What a President Weah’s critics mean when they say he “is not leading” is that he has not announced that he is supporting their plan or has called them into his administration.  Rather than testing President Weah for leadership, Liberians should recognize that leadership is the sum of the four attributes indicated above—and probably a few more. These attributes, according to Dickenson, unlike the vaporous leadership mantle, are more measurable qualities.

For more than a decade, most of the leading political scientists and long-time opposition leaders in Liberia caved and became incommunicado. Others became associates of the spoil goods with fat paychecks.  But these same people are now asking the new president to work a miracle in just two months of his presidency. This request for a miracle is the definition of foolishness and unfairness!

The time when Liberians let politicians get away with asserting they have this magical ability when we can bore down a little deeper to see whether they have these necessary and underlying traits are over.   What is expected of every Liberian is not politics but how we can all help to guide and support President Weah and his new government despite the government’s imperfections. Where we disagree, we need to find the best way to make the president and his government see reason and realize that change is expected.  Where we recognize potential, we need to form a partnership and collaborate with the new president and his government to improve the country.

Koffa’s effectiveness as a lawmaker might transform Liberia’s legislature 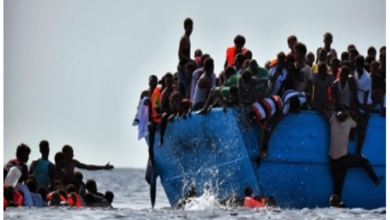 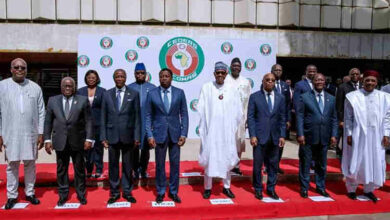 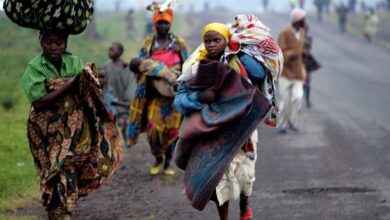