PARIS, FRANCE – The United Nations’ World Health Organization (WHO) on Tuesday announced that its field and programme office in Nigeria has concluded a gigantic cholera vaccination campaign in northeastern Nigeria, where the ailment has already killed 54 people.

Tarik Jasarevic, WHO spokesman, informed international media group in Geneva that 844,000 people benefited from vaccination campaign and each received one dose of the vaccine.

Medical sources in the affected areas say there are 54 Cholera related deaths in the region. According to WHO programme staff, that rate of death is above the emergency threshold of one percent.

WHO says about 4,000 cases of cholera had been spotted in the region in just over a month, according to the organization statistics.

Two doses of the vaccine are needed to offer full protection, but in emergency situations, the WHO allows for a single dose to be given to speed up the coverage.

The United Nations says an estimated 8.5 million people in Nigeria’s northeast, out of 17 million in the wider Lake Chad region are in need of humanitarian assistance.

First Local election to be held in Guinea, since 2005 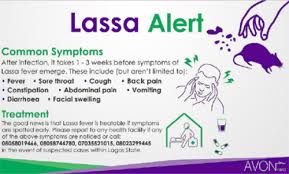