HARARE, Zimbabwe –President Emmerson Mnangagwa, the new leader of post-Mugabe’s Zimbabwe on Friday pleaded with his ZANU-PF party to hitch ahead of next year’s presidential and legislative elections.

The new leader addressed about 6,000 delegates at a ZANU-PF congress after delegates validated him as the party’s leader and its candidate for the 2018 elections.

Under recently deposed President Robert Mugabe, the party was split for years over who should succeed the longtime revolutionary president. Current president Emmerson Mnangagwa assumed the presidency office less than a month ago after the country’s military forced Mugabe to step down in what international political observers say is the most accomplished and civilized military’s intervention in Africa’s political quagmire. 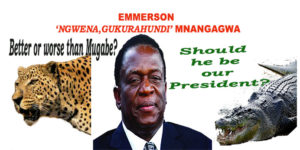 “The task at hand is that of rebuilding our great country,” he said. “The government will leave no stone unturned to fully explore rich resources.”

Once a protégé of President Mugabe, Mnangagwa refused to castigate his predecessor, whom he had served as a trusted aide for more than 50 years before being dismissed as vice president, supposedly for displaying disloyalty to the Mugabe, mainly Grace Mugabe who had sought to succeed her aged spouse, former President Robert Mugabe.

The new president called for restraining and calm on economic matters, asking businesses and officials to shun corruption and unreasonable price increases.

“Let us look forward with hope and love. Let bygones be bygones,” he said. “However, let those who have been forgiven should not think we have forgotten. Let us turn over a new leaf and renew ourselves.”

While the new Zimbabwean leader addresses his party faithful at the Robert Gabriel Mugabe Square, many of his former co-workers and allies were showing up before a judge at Harare Magistrates Court for criminal nuisance charges which including wearing ZANU-PF hats on social media after being kicked out of the party.

The defendants included ex-finance Ignatius Chombo, who served as a trusted aide to the ex-president when he fired Mnangagwa as vice president on November 5, leading to the events that forced Mugabe’s departure from power.  Reliable sources say this was the second time that the former finance minister had been arrested since Mnangagwa became president.

Chombo’s lawyer, Lovemore Madhuku, said, “It is very likely that we may be under military rule. This is exactly the way the courts were operating under President Mugabe. And we see just that. Unless there is a signal to change, we will just be in for a very difficult scenario.”

Lawyer Madhuku urged the court to dismiss his client’s case, arguing that Mnangagwa is seeking to punish all those who were loyal to former first lady Grace Mugabe, a former chief rival to Mnangagwa’s quest to succeed Robert Mugabe.

Facebook highlights danger in the frequent use of social media